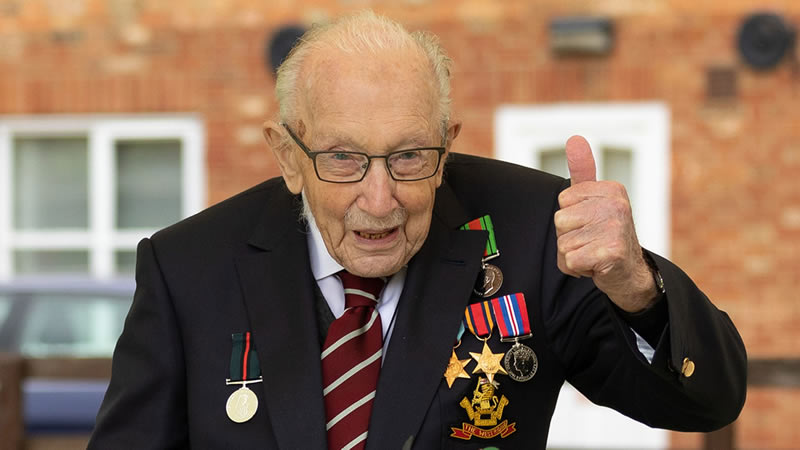 War veteran and NHS fundraising hero Captain Sir Tom Moore is to tell all about his life on the new series of ‘Piers Morgan’s Life Stories’, after he raised more than £32 million amid the coronavirus pandemic

Captain Sir Tom Moore is to tell all about his life on ‘Piers Morgan’s Life Stories’.

The 100-year-old war veteran is set to be interviewed by the ‘Good Morning Britain’ co-host – who donated £10,000 to Tom’s heroic lockdown walk, which has raised more than £32 million for the NHS amid the coronavirus pandemic – on the new, 17th series of his ITV chat show.

A TV insider said: “Like the rest of the nation, Piers was in awe of Sir Tom’s fundraising.

“The campaign really took off after Tom appeared on ‘Good Morning Britain’, so Piers feels great pride in what Tom achieved.”

Piers is said to have been personally involved with Tom’s booking for the new series.

The insider added to The Sun newspaper’s Bizarre TV column: “In the dark days of lockdown, it was everyday heroes, not celebs, who brought joy to the nation.

“So while it’s normally scandalous figures who make the best episodes on his show, Piers knew Tom’s extraordinary, inspiring story would be a big draw.”

In April, Piers announced on ‘GMB’ that he was donating £10,000 to Tom’s fundraiser, in which he walked the length of his garden 100 times before his 100th birthday on April 30th.

Captain Tom – who was knighted by Queen Elizabeth in July – told Piers and his co-host Susanna Reid: “Thank you! It’s been lovely to speak to you and Susanna.

“I feel it’s absolutely fabulous people have been so kind to give so much money to the National Health Service, because if you’ve ever been in hospital, you’ll know all the trained staff are bright-eyed and bushy tailed to answer their duties.

“They must be a little apprehensive because they don’t know what’s going to happen but they’re in for a pretty tough day. But by gosh, they’re brave.”