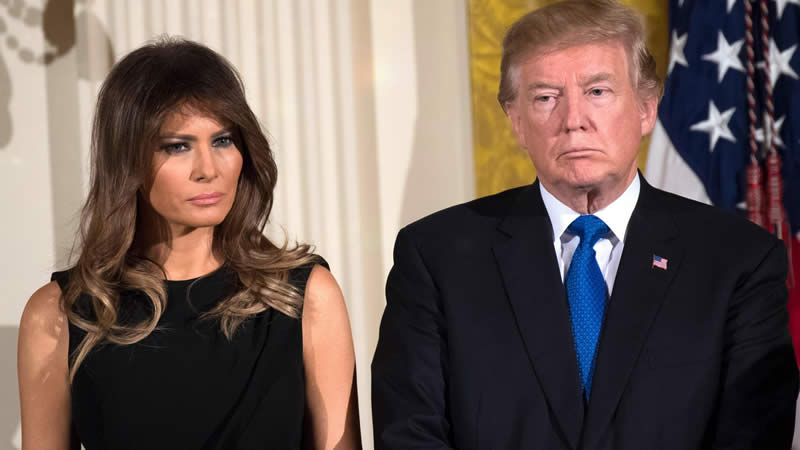 A former senior aide to Melania Trump who helped oversee Donald Trump’s inauguration has written an “explosive” memoir detailing her 15-year friendship with the first lady, according to reports.

According to the details, Stephanie Winston Wolkoff has written a tell-all book that describes the first lady as someone who can’t be trusted and who often competed for influence in the White House with Ivanka Trump.

Moreover, Wolkoff’s new book “Melania and Me: The Rise and Fall of My Friendship with the First Lady,” reveals that Melania was unhappy with the plane that was dedicated to her for her trips between Washington DC and New York City (NYC) and down to Mar-a-Lago for her “spa days.”

Evidently, she found the plane to be too “constrained” and wasn’t happy about the fact that it wasn’t equipped with Wi-Fi. Apparently, the former aide learned of the feud between the First Lady and her then-chief of staff Lindsay Reynolds via a text message while she was sitting in a press conference.

Wolkoff described the plane issues as a “huge point of contention” between the East and West Wings.

According to her former pal, Melania’s plane woes were worked out behind her back — with Reynold’s giving a room in the East Wing that was previously dedicated to gift wrapping to the military in exchange for a better aircraft for Mel.

This move miffed Wolkoff at the time, as she didn’t feel like deals such as this should be made behind the First Lady’s back. Ultimately, though, Melania was given the use of the Boeing C-40 Clipper — which supposedly soothed her crybaby tantrum.

Kate Moss is reportedly training to be a tattoo artist; Supermodel’s pal reveals she asked him to train her