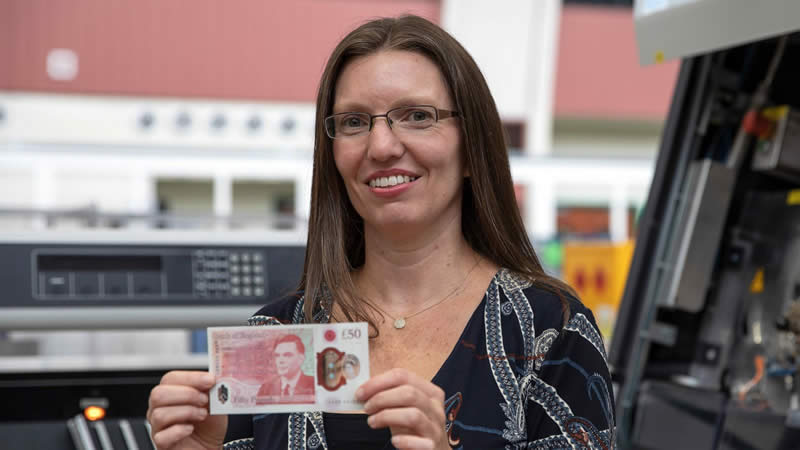 LONDON: The rainbow flag is flying proudly on Thursday above the Bank of England in the heart of London’s financial district to commemorate World War II codebreaker Alan Turing, the new face of Britain’s 50-pound note.

The design of the bank note was unveiled before it is set to be formally issued to the public on June 23, Turing’s birthday. The 50-pound note is the most valuable denomination in circulation but is little used during everyday transactions, especially during the coronavirus pandemic as digital exchanges increasingly replaced the use of cash.

The new note, which is laden with high-level security features, completes the bank’s rejig of its stable of paper currencies over the past few years. Turing’s image joins that of Winston Churchill on the five-pound note, novelist Jane Austen on the 10-pound note and artist J. M. W. Turner on the 20-pound note. All the notes are made from polymer rather than paper, which means they should last longer and remain in better condition through their use.

The new note incorporates two windows and a two-colour foil that designers say will make it very difficult to counterfeit. There is also a hologram image which changes between the words Fifty and Pounds when the note is tilted from side to side, as well as an embedded microchip to pay tribute to Turing’s role in the birth of computers.

Turing was selected as the new face of the 50-pound note in 2019 following a public nomination process, recognition of his pivotal role in breaking Nazi Germany’s Enigma code during World War II.

Different Types of Lipstick and Their Uses

A MAGA 2022 Contract with America? Donald Trump Has a Plan

3 Mantras That Work Instantly To Help With Anxiety And Stress