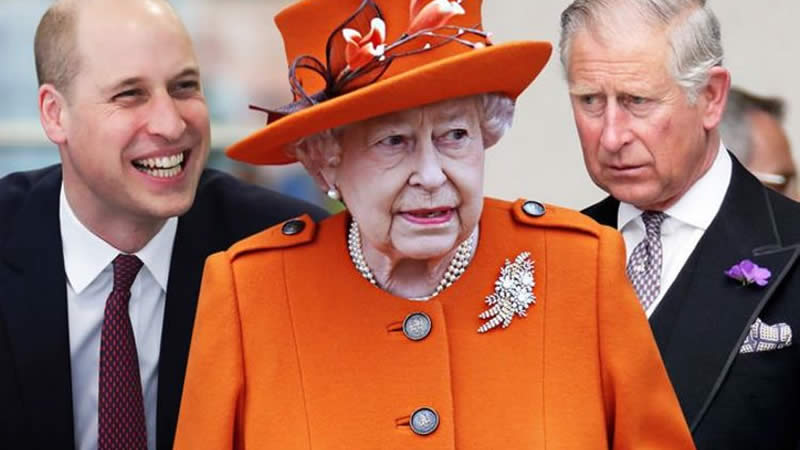 One cover story claimed that Queen Elizabeth is planning to step down from her Royal Duties handing the throne over to Prince William, leaving Prince Charles in the dust.

According to Star, The Queen can no longer take the pressures of her royal duties anymore, especially after the death of her husband and the dramatic exit of Meghan Markle and Prince Harry. However, the Queen just can’t handle it anymore and is supposedly abdicating the throne. An insider says “the word in her inner circle is that she’s favoring William over Charles.”

The Duke and Duchess of Cambridge are both younger and “far more relatable to the public,” an insider says. During a family summit after the death of Prince Philip, the Queen discussed the future of the throne. “After all the damage done by Harry and Meghan, the queen feels confident William and Kate have what it takes to save the monarchy,” a source says.

On the other hand, Prince Charles unsurprisingly did not take the news well. An insider said he “went ballistic,” and Camilla Parker Bowles “is fuming too.” Bowles thinks Middleton is to blame. A source says “the queen doesn’t dislike Camilla, but Kate has always been her favorite.”

Prince Charles is currently hoping Queen Elizabeth changes her mind and is pledging to work harder as the coronation ceremony is already in the works. The story concludes with a source saying “William is mature beyond his years and it’s important to Elizabeth to pass the crown to someone who’s popular.”

Gossip Cop debunks this narrative saying that if Queen Elizabeth actually abdicated, it would be the story of the century. That news would be unavoidable, yet the story is limited to trashy tabloids. This is just another story using a potential succession crisis to sell magazines.

The tabloid further claimed that the Queen has made it very clear that she will serve the commonwealth until she dies. Furthermore, she has no real say in her succession. The rules of the throne are set by Parliament and can only be changed with a very public vote.

Prince Charles will be king someday, no matter how young and popular Prince William may be.

NHS fears and could put Pressure on Hospitals in Tourism Hotspots

Princess in the making: Diana as a child