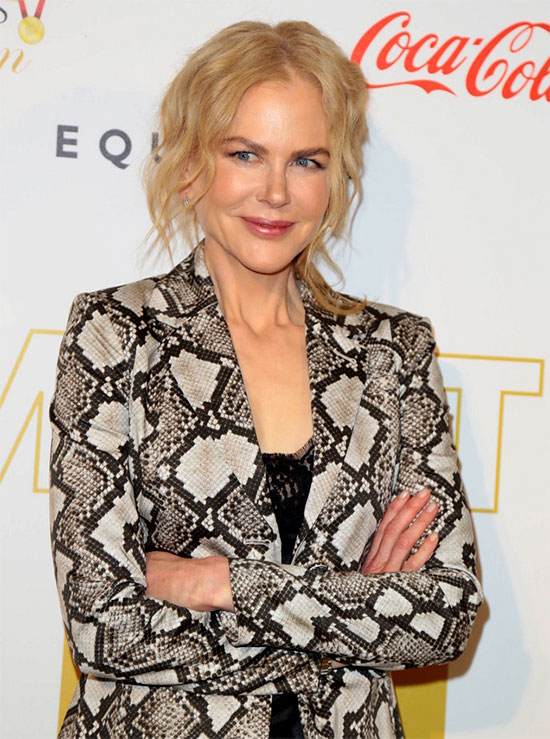 The actress, who plays an adoptive mother in acclaimed new movie Lion, is hoping to play mum to a fifth kid before she turns 50. The Moulin Rouge! star tells MailOnline, “I would be beyond happy and just welcome it with open arms.” Nicole Kidman has two adopted kids, Connor and Isabella, from her marriage to Tom Cruise, and two daughters, Sunday Rose and Faith, with current husband Keith Urban. Sunday Rose was born naturally in 2008, when Nicole was 41 after “so many years of trying”, and Faith was born via surrogate in 2010.

“We went through a surrogacy with my second daughter because we wanted another child so much that it hurt…,” she explains. “I felt my chances of conceiving again were slimmer and slimmer.” The actress tells the outlet her husband is the strict parent, adding she prefers to be “big on love and small on rules”. It’s not clear if the couple’s third child together will be conceived via surrogate, adopted or perhaps natural, but the smitten couple loves fooling around in the bedroom.

When asked what Nicole does about getting some privacy with Keith when their children Sunday Rose, and Faith, six, are at home, the actress told SiriusXM’s The Moms, Denise Albert and Melissa Musen Gerstein, “(We tell them) mommy and daddy need to have kissy-kissy time!” The phrase is also used by country singer Keith, who revealed he enlisted it to explain to Sunday why she couldn’t come on a previous couple’s break. “When Sunday asks why they don’t get to come with us, we say it’s mum and dad’s ‘kissy kissy time’ and she’s (like), ‘Oh, OK,’” he told news.com.au.

The post Nicole Kidman Planning to Add Another Kid to Her Brood appeared first on Womenz Magazine.