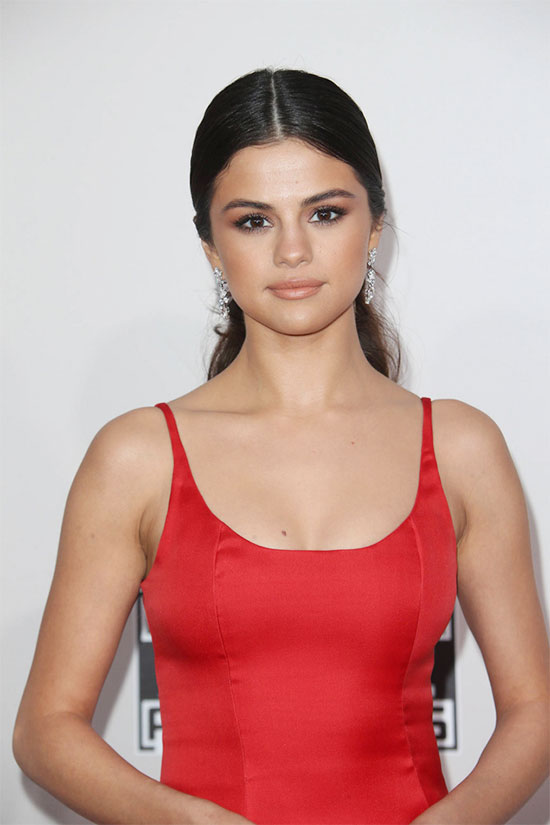 The singer/actress, who shut down her social media accounts last summer (16) to focus on her battle with anxiety and depression caused by lupus, joined up with her former co-star David Henrie for her first Instagram story over the weekend (07-08Jan17). The get together marked the fifth anniversary of their Disney show’s finale in 2012. The Come & Get It singer and tech-savvy Henrie, who revealed he helped Selena Gomez set up her Twitter account eight years ago, mused over what their Waverly Place characters would be doing today, if the show had continued.

“You have kids,” Gomez said. “(My character) Alex is for sure single”. Henrie added, “Yeah, (my character) Justin has, like, 15 children. Alex is single; she’s still trying to find herself. She’s now, like, 25, and she’s trying to figure things out.” Selena Gomez then asked fans if they would be interested in a reunion, stating, “Should we just bring Wizards of Waverly Place back? I think we should.” The singer looked happy and healthy in the video, giving fans hopes she’s all good after her break. She cancelled a portion of her Revival World Tour last year (16) to deal with panic attacks and depression related to her lupus diagnosis, and took “90 days off” to get well again.

The post Selena Gomez Back on Instagram to Salute the Fifth Anniversary of Waverly Place Finale appeared first on Womenz Magazine.

Nicole Kidman Planning to Add Another Kid to Her Brood