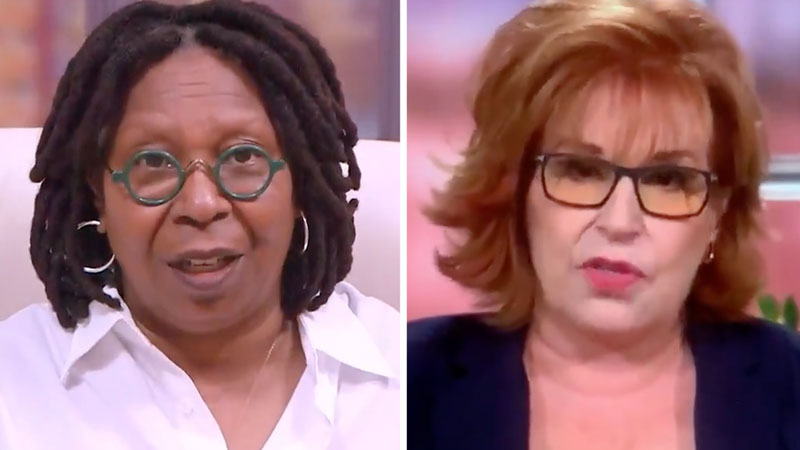 Typically, the co-hosts can only use a few minutes before McCain, an outspoken abortion critic begins roaring. In the wake of last week’s blowup, The View has crept around Meghan McCain for fear of provoking another upsurge, but with the avantgarde agitator out, the co-hosts lastly were able to let loose this morning.

During a high school girl’s speech, a condemnation was made on Texas’ new abortion law, a move that McCain wouldn’t have agreed with. However, McCain was absent, so, the ladies did a conversation about abortion that didn’t devolve into a screaming match, as has happened all-too-often in the past. Oh, the novelty!

According to primetimer.com, Moderator Whoopi Goldberg tells why McCain was not present at The View this morning. Seems like she would be sick, but the mood was light as the co-hosts welcomed Ana Navarro back to the panel.

After deliberating West Virginia’s new gun enticement for vaccinated residents, they turned their attention to Lake Highlands High School student Paxton Smith, a Dallas-area valedictorian who ditched her pre-approved speech and instead called out her state’s recently-passed “heartbeat” abortion law.

“I am terrified that if my contraceptives fail — I am terrified that if I am raped, that my hopes and aspirations and dreams and efforts for my future will no longer matter,” said Smith, in a speech that has since gone viral. “I cannot give up this platform to promote complacency and peace when there is a war on my body and a war on my rights … We cannot stay silent.”

Joy Behar left discussing the fight for reproductive rights, on a larger scale. “CDC data shows that during the last 30 years, abortion rates have fallen the most under Democratic presidents,” she said. “So, if you are pro-choice or pro-life, you should vote for Democrats, because under Democrats you will see fewer abortions.”

The liberal host went on to say that “the young people are getting their act together,” on both sides of the aisle, as even young Republicans are showing unfriendliness themselves from the Grand Old Party. “Half of Republicans under 30 left the party from 2015 to March of 2017,” she said, reading off a statistic. “We are looking at a whole generation of Republican kids who are saying goodbye to this QAnon party that has evolved in the past four or five years. And I salute that, and I salute this girl.”

Behar’s comments were almost perfect to rile up McCain, but with her preoccupied schedule, the hosts sustained their truthful, unemotional discussion. “Whether she was pro- or anti-, if her points made you think, then it’s worthwhile,” said Whoopi Goldberg. “So, it’s not emotional. These are the facts. And Joy is right: abortion has fallen mightily. And all the folks in Texas had to do was look it up. Look it up!”

“And you will also see our birth rates have gone down considerably, as well. I don’t know if everyone is happy about that, but that’s also happening,” concluded Goldberg. “You’ve just got to look. The information’s there. You can’t fight the facts. Or maybe you can — they keep trying.”

Kanye West tried to get tough with me over Kim Kardashian: Tyson Beckford