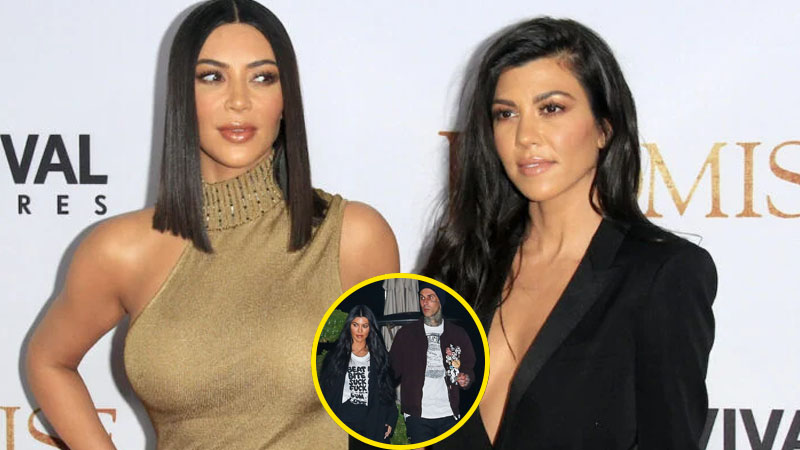 “Travis would jump at the chance to be a part of the new series. He and Kourtney have been shy about sharing their relationship on social media. Plus, there’s all that drama with his ex-wife,” a source told Life & Style.

The insider added that Barker is aware of what his ex-wife, Shanna Moakler is doing. But when the time is right, he’s ready to address Moakler’s allegations. Moakler recently claimed that she caught her ex-husband hooking up with Kim Kardashian in 2006 while they were still together.

The Blink-182 drummer, Kourtney’s boyfriend of five months, had an affair with Kim Kardashian at some point in the 2000s — at least, so claims Barker’s ex-wife, former Miss USA Shanna Moakler, who says the alleged cheating was the catalyst for her and Barker’s divorce in 2008.

“Travis won’t hold back when it comes time to address the drama with Shanna, and who wouldn’t want to watch that?” the source said.

In Touch Weekly also weighed in on the drama by saying that Kim Kardashian was upset when she found out about her younger sister’s affair with Barker years ago.

“She never heard about the so-called affair until now. She doesn’t know what to believe. But in the heat of the moment, she said to Kim, ‘You’re dead to me!’” the source said.

In her explosive revelation, Moakler said that she remembers clearly how Barker and Kim’s affair started.

“He started using Kim as a model for his clothing company, Famous Stars and Straps. Later, I sent anonymous text messages. Someone sent me all their conversations, and I’m also close friends with people who were there while things were happening,” the source said.

With Meghan McCain Absent, The View Actually Has a Real Discussion About Abortion

You Might Want To Brace Yourself For Kim Kardashian’s Latest Photoshop Fail On Instagram—It’s Insane!

Keeping Up With The Kardashians: Khloe Kardashian Reveals True Reason for Wanting Baby No. 2