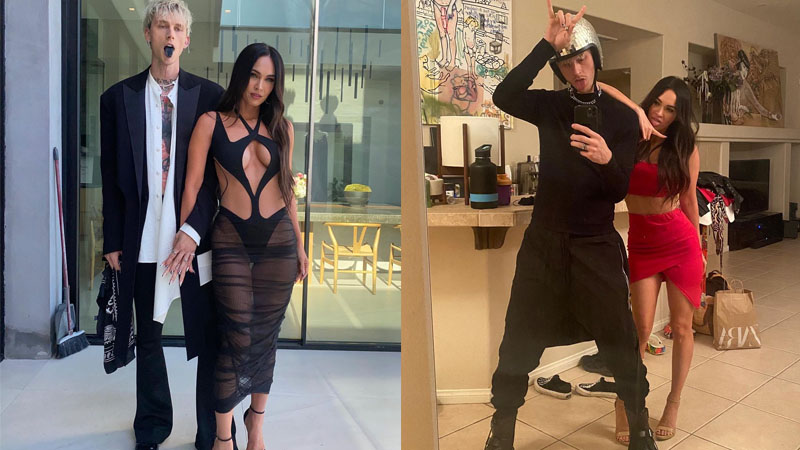 Machine Gun Kelly is reliving the day he met with Megan Fox after a year passed. The musician, who just won big at the Billboard Awards, on Tuesday he took his Twitter to glorify the first time the actress stated her feelings for him with three little words. He wrote, “she said ‘i love you one year ago today,”.

As one fan commented on that tweet, “LADIES HE REMEMBERED THIS [DATE]. WE WILL NOT SETTLE FOR LESS!” with added sharing, “Awww you two are the cutest IDFC what they say I’m happy you found love a year again! You deserve all the happiness, Kells! much love to you hun.”

Kelly told while shooting the film “Midnight in the Switchgrass” it was love at first sight for the pair, who met together. “After I made the big chunk of the album, I did fall in love for the first time,”

Kelly admitted on “The Howard Stern Show.” ″That was my first experience with being open to love and stuff like that. I wasn’t set up to believe that that’s something that could ever exist.”

Fox said for her part that the sparks flew spontaneously as well.

“The second I was in a room with him and said hello to him and looked into his eyes, I knew right away that he was what I call a twin flame,” she acknowledged on the “Give Them Lala … with Randall” podcast.

“Instead of a soul mate, a twin flame is actually where a soul has ascended to a high enough level that it can be split into two different bodies at the same time. So, we’re two halves of the same soul, I think. And I said that to him almost immediately, because I felt it right away.”

Tiger Woods Spotted On Crutches in Rare Appearance since Crash