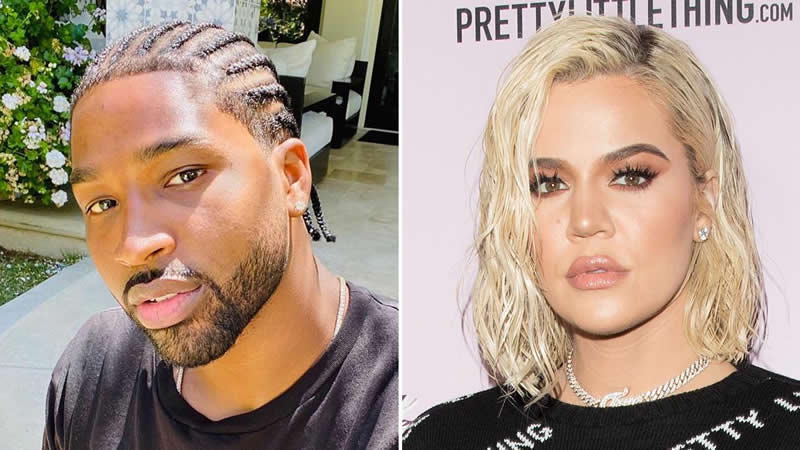 Athlete and Khloe Kardashian’s baby daddy Tristan Thompson recently posted a message for Khloe on Mother’s Day which raised eyebrows given their current scandal. For the unversed, the 30-year-old has been involved in a ton of controversy after being accused of cheating, again. Instagram model Sydney Chase claimed in an interview via People that she hooked up with the Boston Celtics player, 30, in January of this year. “It was a peek-a-boo d–k, but, baby, it was good,” Chase said on the “No Jumper” podcast when asked about Thompson’s “uncut” penis.

“He told me he was not in a relationship anymore, so I said OK,” she alleged. “We talked, we hung out multiple times, we went out together, everything.” Chase claimed she flat-out asked the NBA star — who reconciled his relationship with Kardashian, 36, last summer — “Are you single?” and he allegedly responded, “Yes.” “It happened, and then I found out he was not single, and I cut him off,” she said. Tristan denied the allegations.

NBA player shared the message for the 36-year-old reality star on his Instagram Story. Tristan posted the photo of Khloe with their daughter True, 3, and wrote “I love you,” in his Happy Mother’s Day message. Fans are noting that Tristan publicly told Khloe he loves her in this new post.

It wouldn’t be the first time Thompson has cheated on the “Keeping Up With the Kardashians” star with an Instagram model. Back in 2018, he had a steamy night with Lani Blair just days before Kardashian was due to give birth to their daughter, True.

Kim Kardashian Breaks Silence On Why She Decided To Divorce Kanye West; Says, “There’s Nothing Their Kids Want More Than Parents To Be Together”