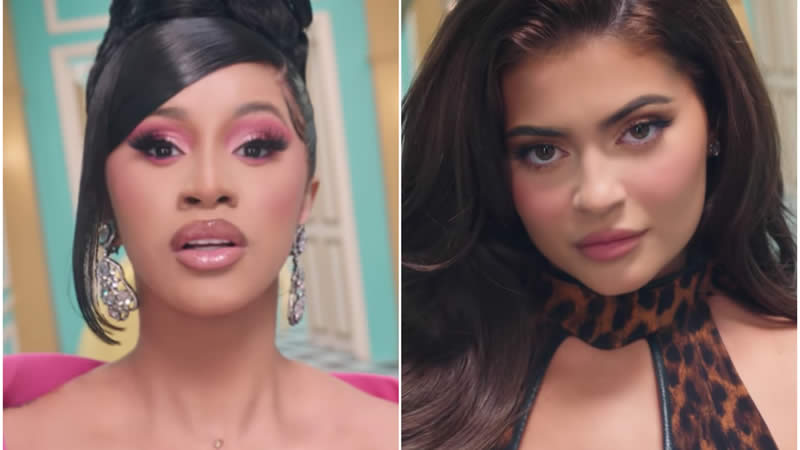 The beauty mogul Kylie Jenner is thankful to rapper Cardi B who afforded her an opportunity for her “career highlight” when the reality TV star appeared on a song video of the rapper and Megan Thee Stallion.

During the latest episode of Keeping Up With The Kardashians, the 23-year-old reality TV star revealed that her “career highlight” – the special moment – came when she appeared in a video of Cardi B’s hit song ‘WAP’. During the episode, Kylie treated her fans with some behind-the-scenes footage of the filming of the Megan Thee Stallion-assisted track.

Though Kylie Jenner met with some backlash over her appearance in the racy video, the reality television star stressed she enjoyed making her cameo in the video. She even went to the extent of terming it as the best thing she has done in her career so far.

Kylie Jenner’s mother Kris Jenner also has her take on the episode, as she said: “Our family is just starting to get back to work and Cardi B reached out to see if Kylie would be in her new video.”

“This is Kylie’s first day on set, it’s her big Cardi B video debut.”

In the episode, Cardi B said to Kylie: “You look so good!” Kylie responded: “Oh my god I’m so excited, I’m so excited” before Cardi responds: “Thank you so much, you don’t understand, I prayed for this!”

Overwhelmed with excitement, Kylie blurted: “It’s the highlight of my career. I can’t wait!”

Piers Morgan in regret over ‘GMB’ exit: ‘Felt the steam rising inside’

Prince Harry’s salary, working hours kept a secret as he gets first job