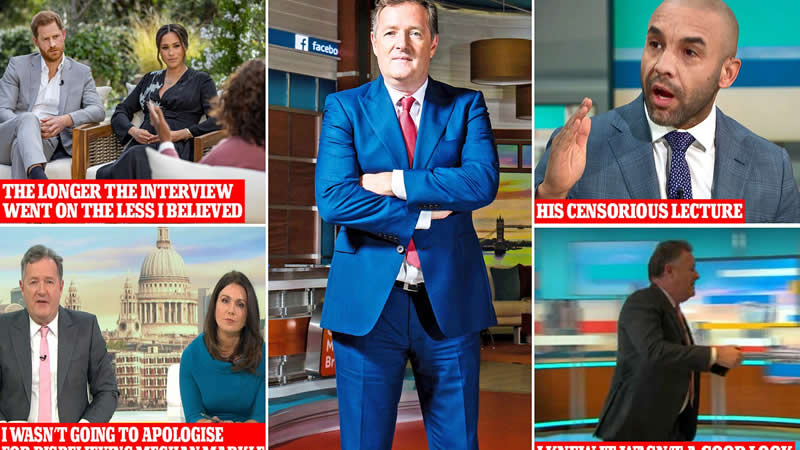 Piers Morgan stormed off the stage in fury after getting confronted for trashing Meghan Markle.

The British journalist said it reflected poorly on him to storm off like this on national television after the show as co-presenter Alex Beresford quizzed him over his pathetic remarks on Meghan Markle.

In his first Daily Mail column since quitting, Piers said that he “felt the steam rising inside” himself after Alex implied his “only motivation for disbelieving Ms Markle’s outlandish interview claims [in Oprah Winfrey tell-all] was because she ‘ghosted’ [him] four years ago.”

He fumed, “I don’t mind outside guests trying to make a name for themselves by whacking me like this, but I wasn’t going to sit there and take it from one of my own team, especially someone who I’ve gone out of my way to help whenever he’s asked me for advice about his career.”

Morgan shared that he decided to leave after “realising [he] might say something [he’d] regret.”

“I didn’t hear any more of his diatribe, as I was out the door and heading for my dressing room,” he wrote. “I knew it wasn’t a good look, the great snowflake-basher running away from confrontation. And on reflection, I shouldn’t have done it.”

“But in the heat of the moment, in my rather strained state of mind, this seemed the less bad option.”