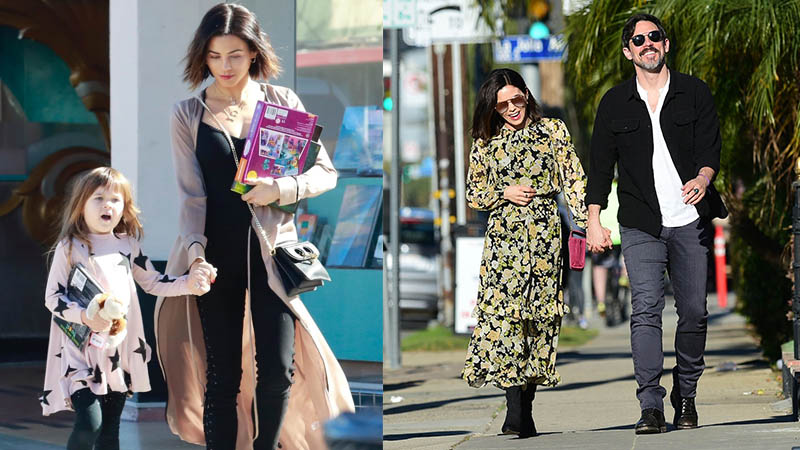 Jenna Dewan engaged actor Steve Kazee just before the world went into quarantine in March, and a month before she gave birth to their 16-month-old son, Callum. Until now, let’s just say that wedding planning hasn’t been high on the priority list.

It was revealed to The Knot by the upcoming star of Come Dance with Me, that she’s starting to make the arrangements of their big day, and while she’s thinking of a “destination wedding,” she promises that it will have “an emphasis on simplicity and on presence.”

Everly, Dewan’s eight-year-old daughter from her first marriage to Channing Tatum, is the person who is dear to her and her presence is important to her. Everly has already decided on what kind of role she wants to play in her mother’s wedding, and it’s a big one: flower girl.

The actress told laughing to The Knot, via ET,

“Evie would never forgive me if I did not let her be the flower girl. She would never speak to me again — that’s how much it means to her.”

Everly appears to be the nicest flower girl a mother could ask for, and she seems to be enjoying her job as the big sister to her younger brother. Dewan brags about her daughter’s role as a tiny aid to her mother.

“She knows to get the wipes [for diaper changes]. I encourage her to help,” “I let her pick out what he’s going to wear during the day and his outfits for bedtime. She also has a lullaby that she likes to sing to him.”

According to the source, She Knows, Everly doesn’t appear on her parents’ social media profiles very much, but they’ve been gradually presenting her to the public. Everly was featured on Dewan’s Instagram during their winter trip to Australia when her mother was filming her forthcoming CBS dance show, and Tatum recently uploaded a beautiful sunset photo of the two of them standing on a beach.

On a day Dewan promises would be a “great time celebrating together”, we may expect to see Everly in full flower girl costume as her mother walks down the aisle.