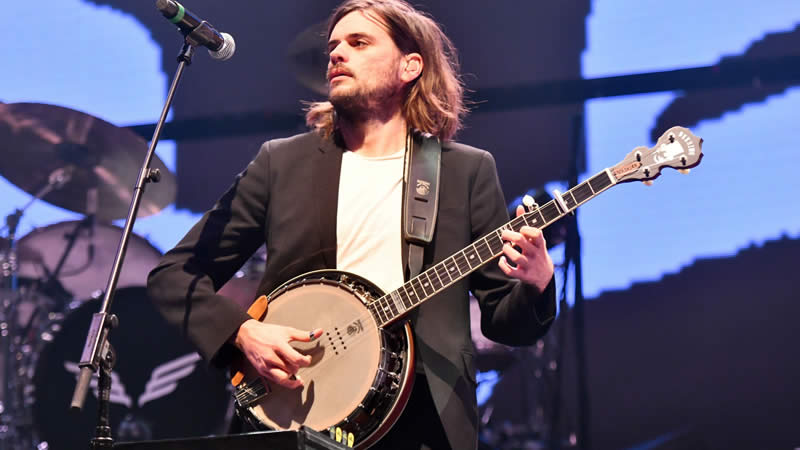 Mumford & Sons musician Winston Marshall is taking a break from the band following backlash over his support for Andy Ngo’s book ‘Unmasked’.

Winston Marshall is “taking time away” from Mumford & Sons.

The 33-year-old musician – who has been part of the ‘Little Lion Man’ hitmakers since their formation in 2007 – has apologised after backlash over his endorsement of the book ‘Unmasked’ by Andy Ngo, which promised to delve “inside ANTIFA’s radical plan to destroy democracy”.

In a statement, he said “Over the past few days I have come to better understand the pain caused by the book I endorsed.

“I have offended not only a lot of people I don’t know, but also those closest to me, including my bandmates and for that I am truly sorry.

“As a result of my actions I am taking time away from the band to examine my blindspots.

“For now, please know that I realise how my endorsements have the potential to be viewed as approvals of hateful, divisive behaviour.

“I apologise, as this was not at all my intention.”

In the book, author, jourtnalist and social media personality Ngo calls the Proud Boys a “pro-Trump fraternity” and refers to left-wing activists as a “marauding gang” on a mission to “destroy the nation-state, America in particular”.

Following the release, Winston tweeted: “Finally had the time to read your important book. You’re a brave man.”

Winston has appeared as banjoist and lead guitarist on all four of Mumford & Sons studio albums to date, including ‘Sigh No More’, ‘Babel’, ‘Wilder Mind’ and 2018’s ‘Delta’.Multi-instrumentalist Ben Lovett previously predicted the band would still be making music and touring in their 70s.

He said: “I could totally see us doing it in 40 years because it’s going to be just as ­interesting.

“And I say that because we’ve been doing it for over 10 years now and it’s got more interesting.”

This One Thing Could Protect You From the New COVID Strain, Study Says