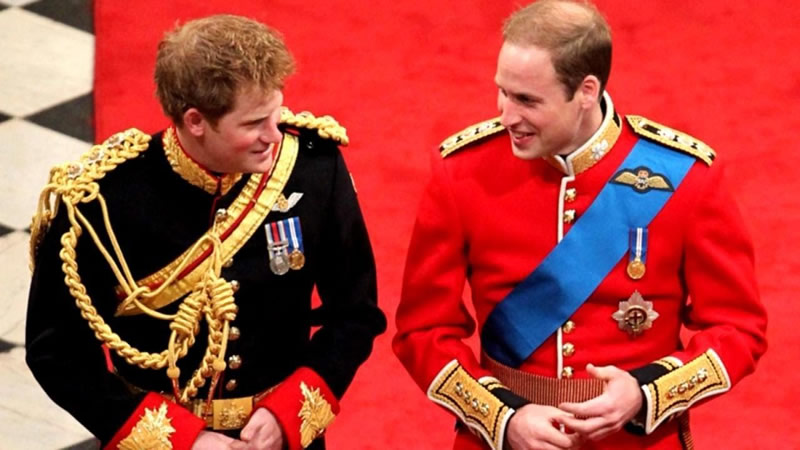 Prince Harry and Prince William’s close bond saw a shocking breakdown in the past two years especially after the former exit from his royal duties and moved to the US with his wife Meghan Markle.

Reports have stated that the brothers who were once inseparable now have a deeply troubled relationship and according to royal experts, it is Prince William’s conversation with Prince Harry about his early romance with Meghan Markle that seems to be the “beginning of the breakdown” for the two.

As per the biography released last year, Finding Freedom, it was Duke of Cambridge‘s concerns about his younger brother’s fairly new relationship with Meghan that led to a conversation between them that became the eventual cause of their rift. The biography claims, Prince William told Harry to “not rush” into things and reportedly said, “Take as much time as you need to get to know this girl”, via The Mirror.

According to Royal expert, it was Prince Willaim’s reference to Markle as “this girl” that didn’t go well with the Duke of Sussex. Recently, speaking to DailyExpress about the same, Royal expert Katie Nicholls stated that the Duke of Cambridge probably “regrets” having made those comments.

She added, “Harry felt he didn’t have his brother’s support and that really was the beginning of the breakdown of what was up until then, an unbreakable brotherly bond.”

Following Harry’s royal exit and his explosive interviews with Oprah Winfrey and the Apple TV series, the relationship between the brothers seemingly became even sourer.

While Prince William hasn’t commented about his changed relationship with Harry publicly, the latter during his appearance on Oprah’s interview described his relationship with his brother as that of “space” at the moment.

The Royal Family Just Dropped A MAJOR Bombshell About Harry & Meghan-We Did Not See This Coming!