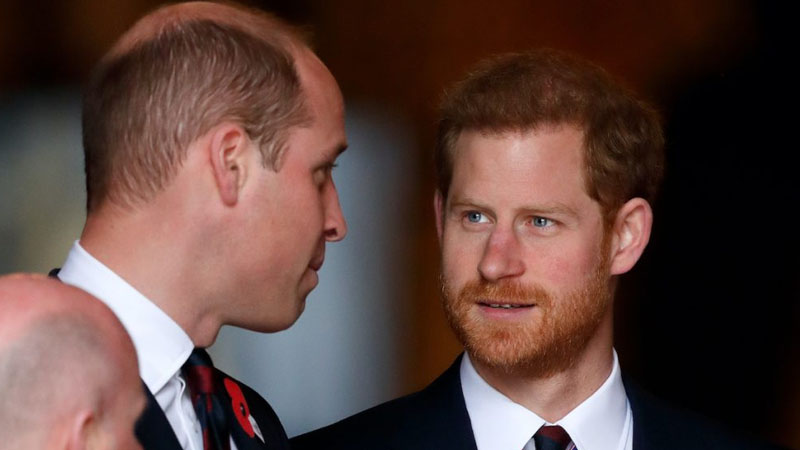 Prince William and Prince Harry reunited for a very importance palace event. Many were expectant of them either reuniting sweetly, or fighting behind the scenes. Somehow both happened.

Prince William appeared to give a stern warning to Prince Harry when they were about to take off the cloth and unveil their late mother Princess Diana’s statue in Sunken Garden, Kensington Palace. They know millions of people may be witnessing this event and certainly put out a unified front for the public, but a lip reader shared that Prince William has no chill for his younger brother.

Prince William is obviously tenser on this important event. He allegedly warned his brother Prince Harry about the importance of unveiling the Diana statue “right”, one professional lip reader said. Given that only an expert can read what he said within a great distance, this would have been unnoticeable to an innocent bystander.

The brothers put on a united front in front of the camera but lip-reader Jeremy Freeman was too keen to know what they were saying to each other. Therefore, he was able to pick up a brief but quite controversial conversation shared between William and Harry, highlighting their present dynamics.

As the two of them waited at the steps by the Diana statue and listen to the instructions a member of the staff was giving them on how to unveil the statue, Prince William reportedly made it clear that he is worried about Prince Harry taking this thing seriously.

Jeremy said the staff told the brothers: “As you pull it, it’ll slide over and drop, okay,” to which Harry responded with “We will be okay.” William then looked left and right, adjusted the space and reportedly gave this warning to Harry, “I didn’t want anything to go wrong.”

“It’s important we unveil it right,” Prince William reportedly said, according to the expert.

The unveiling however proved too great to make any of them have any hard feelings about what just happened. When the statute was unveiled, both Harry and William fondly looked into the face of their late mum.

This is where a body language expert came in. According to Judi James, both felt that it was a poignant moment, based on their body language.

This was even more telling when Harry looked across at William is perhaps the most meaningful gesture. “It suggests that, whatever happens between them now, some kind of emotional reconciliation might be possible in the future,” she said.