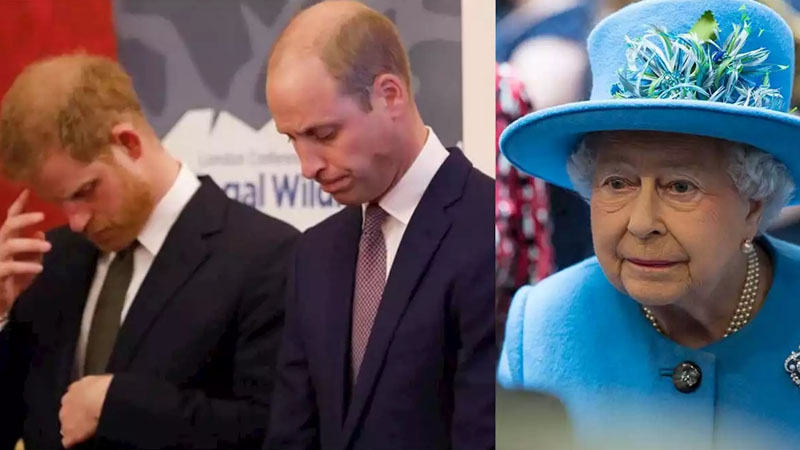 Prince William is tired of Harry’s attacks on the royal family, worried about Queen Elizabeth

Globe reported Prince William has accepted the fact that Prince Harry’s continuous attacks on the royal family will kill the monarch. In the end, the queen is 95 years old, weak, and cannot bear such pains. And she’s in the middle of the post-recovery period of loss of her husband, Prince Philip

An insider claimed that  William is mad at Harry for unceasingly attacking the royal family.

Another source said that the father of three royal brats has had it with Prince Harry’s constant trash talk on television that has turned into a weekly episode.

“Her Majesty was heartbroken when Harry criticized her parenting skills, especially since she’s doted on Prince Charles’ sons since the tragic death of their mother, Princess Diana, in 1997. Now things have gone from bad to worse,” the source said.

Though, the insider continued that Kate’s husband knows Prince Harry isn’t the only one to blame and Meghan is the one provoking her husband to talk negatively about the royal family members. She is also a

“But this is all too much for William, who has publicly said he doesn’t feel the slightest bit restrained by his public duties. He’s furious with Harry and wants him to keep his mouth shut. He wants Meghan to button her lip, too, but understands she plays by different rules,” the source claimed.

However, one should not take the claims seriously. Prince Harry has been inflexible at saying that Markle wants the one who asked him to discuss his real struggle as a royal. Somewhat, it’s his own decision.

The micky.com.au wrote it can’t be true that Harry is planning to kill Queen by torturing her because he has always shown her how loving and respectful, he had been in all these years. Well! The claim seems to be another attack on the young royals.

Duchess Meghan to miss Prince Philip funeral: What pregnant women should know about traveling amid a pandemic