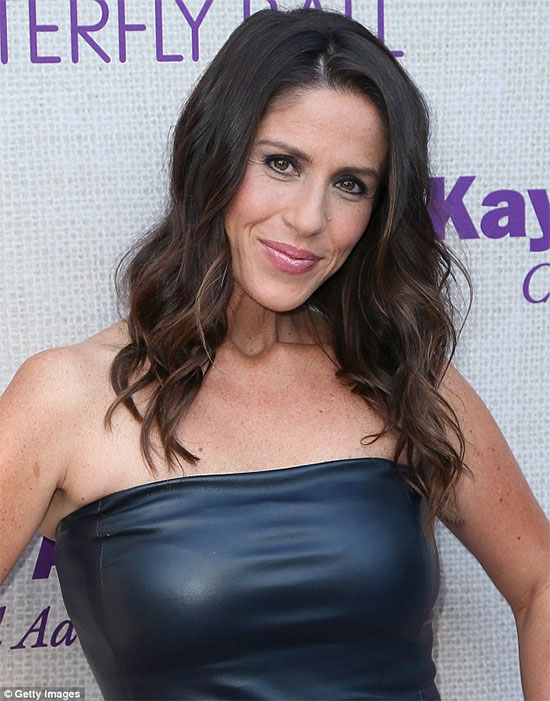 The former Punky Brewster star, 40, and her producer husband Jason Goldberg welcomed son Story in May (16), and she subsequently turned to weight loss brand Nutrisystem to help her drop the pregnancy pounds. Soleil, who successfully used the healthy eating programme after the arrival of her son Lyric in 2014, admits slimming down the fourth time around was tougher than she had ever imagined. “I thought, ‘This is really hard,’” she admitted to People.com. “After the third child, and then with the fourth, it was even harder. Our bodies change as we grow up and get a little bit older. It’s not quite as easy. You see these models that walk out in a crop top within a few weeks of having a baby – I wish I had a body like that, but that’s not realistic for me!”

She wasn’t in a rush to shed the extra weight and instead spent the first few months bonding with her new baby. “I wanted to be with my baby and have those incredible moments with my little one – just enjoying, indulging and loving on him,” she explained. When she started her new diet, Soleil reveals Nutrisystem helped her stay on track and allowed her to indulge in her favorite foods – and she recruited her whole family to help her stay active. “We’ve been doing a ton of bike riding together,” she shared. “It gives us that time to get outdoors together.

But the majority of the exercise is running around with the little ones, playing soccer, and especially now, having boys, I get to be rough with them.” Soleil is still hoping to get “a little more” weight off, but she wants to promote a positive body image for her children. “I’m feeling good, and I feel like a real woman,” she said. “I’ve never been somebody that feels like I have to be super skinny – I’m voluptuous, I’ve always been voluptuous.” She added, “I think by knowing that my kids look to me, it really forces me to just feel as if I need to be an example to them.”

Mila Kunis On Why Family Guy Is The Best Job Ever