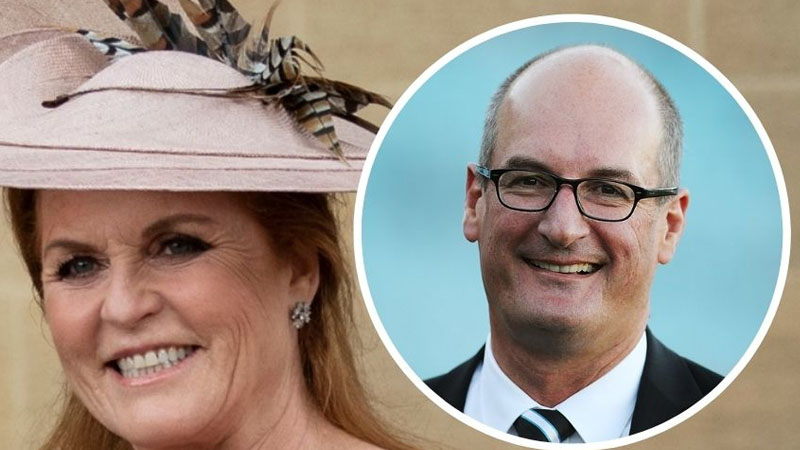 On Wednesday morning, Sarah Ferguson appeared on Channel Seven’s Sunrise to discuss her new novel, and she had a hilarious conversation with David “Kochie” Koch in the process.

Sarah “Fergie” Ferguson, who is now on the press tour for her new Mills & Boon novel Her Heart for A Compass, has brought the promotion over the pond, although digitally, by video talking with Sunrise’s Kochie and Natalie Barr.

Following Fergie’s explanation that the novel centered around a fictionalized version of Lady Margaret, Kochie jumped in with a cheeky question for the duchess. Kochie asked the ex-wife of Prince Andrew, “My wife tells me (Mills & Boon) are a bit raunchy at times. What about this one; is there a bit of raunchiness?”

The Duchess of York provided an equally cheeky response by saying, “Well, you know, the great thing Kochie is that you might, for the first time ever, have to pick up this book and read it. Your wife reads Mills & Boon but now you’re going to read it”.

Fergie went on to clarify, while Kochie laughed at the fun dig, that it’s “up to the reader to want to know whether it’s raunchy or not”, explaining that it’s a very “authentic” romantic, historical novel. During the interview, Nat jumped in to congratulate Sarah on her newest grandson, August, and the queen was overjoyed.

The author of 38 children’s novels told the morning show that she was delighted to have a “new customer,” while also praising her two daughters, Princesses Beatrice and Eugenie, for their continued public appearances.

According to New Idea, Sarah’s eldest daughter, Beatrice, is expecting a baby later this year, so she’ll be adding another grandchild to the mix soon. In May, an official royal statement read: “Her Royal Highness Princess Beatrice and Mr. Edoardo Mapelli Mozzi are very pleased to announce that they are expecting a baby in autumn of this year.”

“The Queen has been informed and both families are delighted with the news.” It appears, Fergie will have to write a new children’s book for the tiny one – the source says.