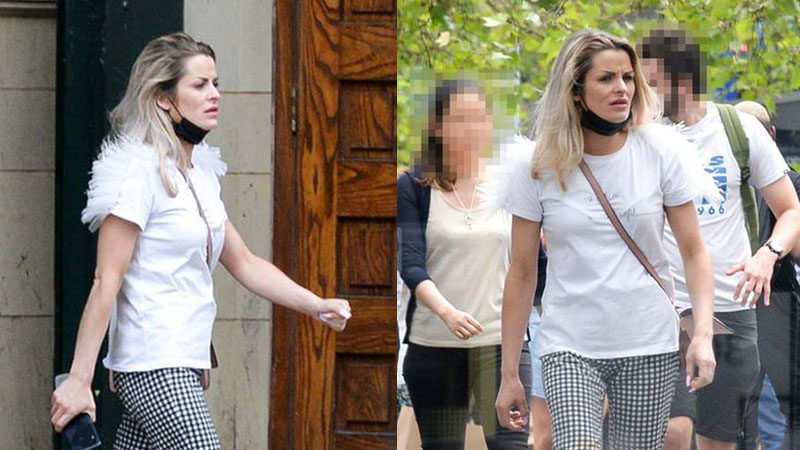 Sophie Nicole Cleary, 29, was locked out of her house so she sexually assaulted them by exposing herself to police officers to whom she phoned for help. An unruly mum exposed her breasts and bums to police before sexually assaulting an officer after she had called them.

The Manchester Evening News reports, Sophie told police she had been locked out of her home and that she had been sexually assaulted herself in August at 6.30 am last year. Minshull Street Crown Court, Manchester, heard that when police arrived, she showed her off that she is drunk or drugged.

Within three hours Cleary, from Oldham, was at her mum’s house when she called the police again. She made a statement that she had been sexually assaulted a night before having been at a friend’s house for drinks. Cleary said she feared her drink had been spiked.

When officers arrived, rather than talk to them Cleary decided to stay on the phone with a 999 operator for over 40 minutes. After coming off the call, she exposed her breasts to two officers, asking about their body cameras: “Do you want me to show this to your camera?”

Cleary is then heard to call the officers “b******s”, before dropping her trousers and exposing her a**. She then pressed her bare bottom against the officer and pressed her knee into the back of one of them.

The cops left the house, Cleary was put in a police van before being arrested when she started to hit the doors. She also spat at one of the officers during a period when Oldham was experiencing a high rate of Covid-19.

Judge Mary Prior QC said: “All that we know is that on August 15, you called the police in distress because you believed you had been assaulted. “We have no idea of whether that is because you received a drug you did not intend to take or because of the drink.

“You concede that you dealt with this in a bad way. You behaved aggressively. “When they were trying to help you, you spat in one of their faces. That is a disgusting thing to do.” Cleary pleaded guilty to sexual assault and two counts of assaulting an emergency service worker.

The dailystar.co.uk wrote, “She was given an 18-month community order and ordered to undertake a 30-day rehabilitation program. Cleary was also handed a night-time curfew. In mitigation, Cleary was said to have various mental health conditions which worsen when she is put under high levels of stress. Her son’s father has just been released from prison after a series of “serious offenses”, the judge heard.”

Inquest into the death of Sarah Everard to set to open