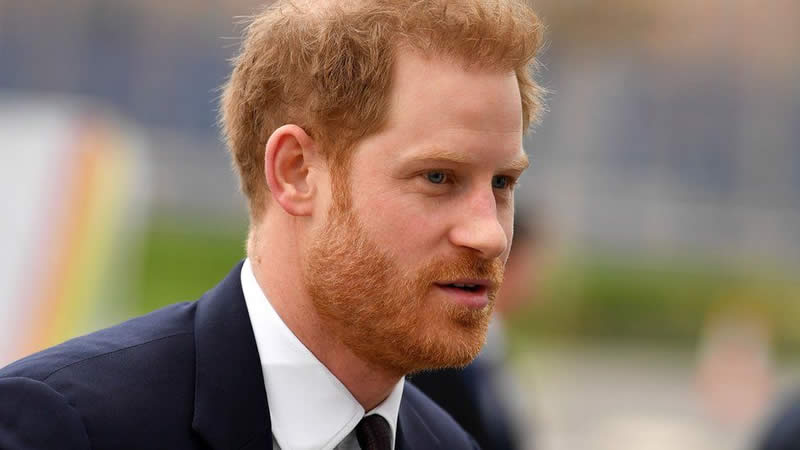 Prince Harry described being in the royal family like “being in a zoo.” The 36-year-old prince recently sat down with Dax Shepard on the podcast Armchair Expert to reveal some shocking opinions he has had about his family.

Many people have been assuming that Harry only recently began to notice problems with his family, since marrying wife Meghan Markle in 2018. But as he just revealed, he has been wanting to leave his royal duties since he was in his twenties.

Harry described growing up in the royal family like being on The Truman Show, referring to the 1998 Jim Carey movie in which the main character unknowingly grows up with his entire life televised.

“Because of the way that the UK media are, they feel an ownership over you. Literally, like, full on ownership. And then they give the impression to some of their ― or most of their readers ― that that is the case. But I think it’s a really dangerous place to be, if you don’t have a choice.”

He added that meeting his wife helped him to realize the positive change he needed to make for himself.

“She could tell that I was hurting and that some of the stuff that was out of my control was making me really angry. For me prior to meeting Meghan, it was very much a case of ― certainly connected to the media ― this anger and frustration of ‘this is so unjust,’” he said.

The prince also told Shepard that he had been wanting to leave the royal family since he was young, after witnessing the way the media attention and public scrutiny had so tragically affected his mother, Princess Diana.

“It’s the job right? Grin and bear it. Get on with it. I was in my early 20s and I was thinking I don’t want this job, I don’t want to be here. I don’t want to be doing this,” Prince Harry told Shepard. “Look what it did to my mum. How am I ever going to settle down and have a wife and family, when I know it’s going to happen again?”

Following Harry’s explosive revelations, the palace has been calling for him and Meghan Markle to be stripped of their titles. While the couple have stopped going by HRH, or “His/Her Royal Highness,” since last year, they still have their titles of Duke and Duchess of Sussex.

However, palace aides have been suggesting that the couple should no longer have a title at all as they chose to step away from their positions as senior members of the royal family and announced that they do not want any part in the institution.