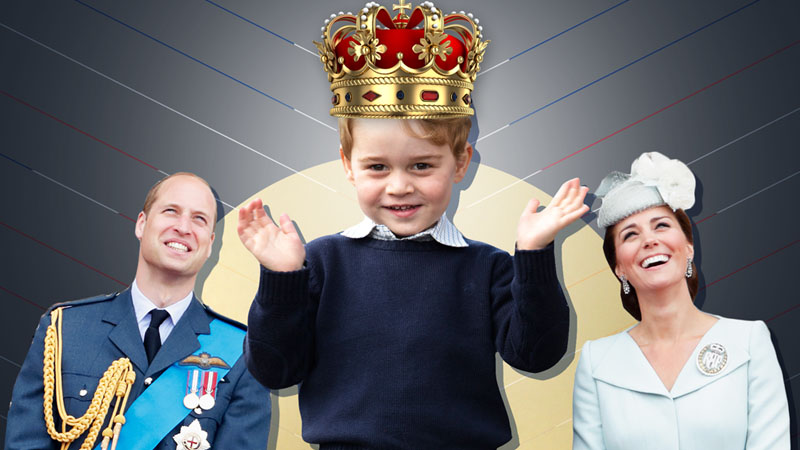 The little boy has quite the life ahead of him

Kate has said about Prince George that one day he will become King of England.

The couple shared kids other than George, Princess Charlotte, and Prince Louis – and as per reports that George “knows he is very different” from his siblings.

Robert Lacey, the royal author said in the latest version of his book Battle of Brothers, Kate and her husband William wanted to broach the subject at a “controlled moment of their choice”.

As such, it’s thought they sat down with George last summer.

Lacey said the decision reflected “William’s unhappiness at the haphazard fashion in which the whole business of his royal destiny had buzzed around his head from the start”.

It’s unclear when William was told about his future role in the royal family.

Lacey writes: “William has not revealed to the world how and when he broke the big news to his son. Maybe one day George will tell us the story himself.”

The entertainmentdaily.co.uk said He claimed about George, “But sometime around the boy’s seventh birthday in the summer of 2020 it is thought that his parents went into more detail about the little prince’s life of future royal ‘service and duty’ would particularly involve.”

He further said: “William’s aim as a father, the prince stressed, was to give his son a normal family upbringing, enabling the monarchy to stay relevant and keep up with modern times.”

She claimed to George knows he’s “very different” from his siblings. This is because he’s often “singled out” to spend time with the Queen and Prince Charles.

Nicholl said the fact Charlotte and Louis are excluded from the meetings means George “understands that he’s different from them”.

Despite William and Kate’s determination to raise their three children as equals.