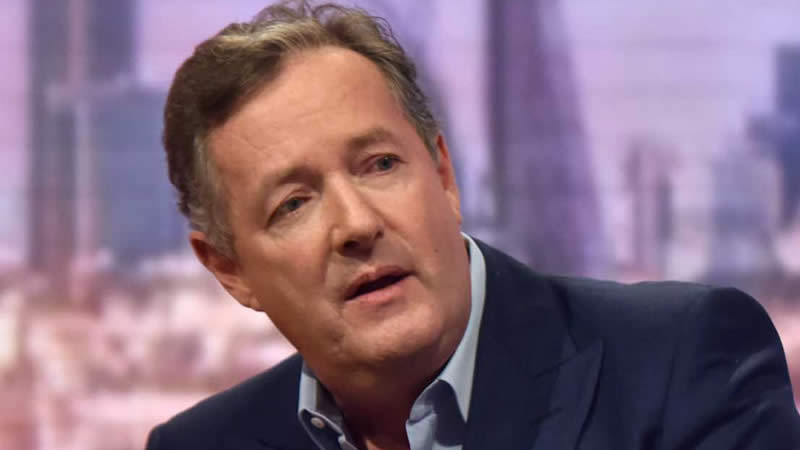 Piers Morgan has been missed by Good Morning Britain since He left the show following the Meghan Markle fallout, but bookmakers now predict that he will return this year.

Many viewers believe that Good Morning Britain isn’t the same without Piers Morgan, and bookmakers are already predicting that he will return to hosting the show by the end of 2021.

The outspoken host, 56, left the show earlier this year after a major criticism over his comments regarding Meghan Markle.

It happened after her bombshell interview with Oprah Winfrey and Piers has continued to call her Princess Pinocchio and has refused to apologize for his remarks, which generated more than 57,000 complaints.

According to the bookies, the odds of Piers returning currently stands at 4-5 (from 2-1) to make a return to Good Morning Britain before the end of the year.

Coral’s John Hill said, “It has now been five months since Piers Morgan left Good Morning Britain and our betting suggests he could make a sensational return to the breakfast show on ITV. We make him odds-on to be back in his seat before the year is out.”

Piers was amused to earn a nomination for Best Presenter on GMB at the National Television Awards after his departure.

When the news was announced, Dr. Hilary quipped at the time that it would be “ironic” if Piers won now that he’s gone.

He’s also a potential candidate for a trip to the I’m A Celebrity castle in Gwrych in November, in addition to GMB. His chances of appearing in I’m A Celeb have been cut to just 8/1.

“Piers Morgan has become something of a stranger to our screens these days, but the odds suggest that could all change in the next few months, with an I’m A Celeb stint potentially on the cards,” said Alex Apati of Ladbrokes.

Another messaged to say: “You have been the voice of many in your GMB days, we miss you.”

“I’m sure at some point in the future Piers Morgan may return even if it’s in years, they will give him a huge paycheck and special privileges. As they will want those ratings back to what they were before” insisted one.

“Hope you will return to GMB if the terms are right for you,” one said to Piers.

However, one insisted: “Piers Morgan is not coming back. He has moved on, not getting up at stupid o clock for a few who enjoy bullying. He has a life and is living his best life which he should do.”