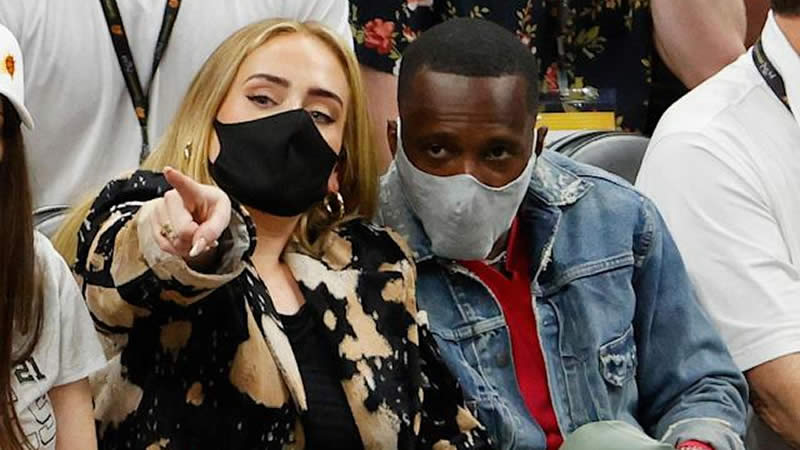 The “Rolling in the Deep” singer attended the 35th birthday party of LeBron James’ wife, Savannah James, at the Classic Cat restaurant in West Hollywood. During the party, which she attended with her rumored boyfriend, Rich Paul, the singer, 33, was caught rapping and dancing to Cardi B and Megan thee Stallion’s “WAP.”

As per People, the singer sits on a platform near the dance floor as she flips her hair and grooves to the smash hit in a video posted to LeBron James’ Instagram story. Adele is also seen engaging with a dancer, who taps the singer with her flapper-era feathered fans.

The moment echoed her top-tier performance of Nicki Minaj’s “Monster” verse on her 2016 episode of ‘Carpool Karaoke,’ even though the clip barely caught a glimpse of the “Hello” singer.

The 15-time Grammy winner has only made a few public appearances this year while she works on her much-anticipated fourth studio album. She recently sat courtside with Paul at an NBA Finals game in Phoenix, where she donned a floor-length black coat with white and tan splatters.
According to Page Six, the couple was also seen dining with a small group of pals at Olivetta restaurant in West Hollywood a few days before the celebration.

For several months, the “Someone Like You” singer has supposedly been dating Paul, a sports agent who represents NBA players such as James. An insider recently told People that the couple is “not super serious, but they’re having a good time.”

The source told the outlet, “They have mutual friends in common, so that’s been nice. She’s having fun and being social.”

Adele has reportedly become more social after her divorce from ex-husband Simon Konecki was finalized last March. The same source told People that the singer, “has relaxed a lot. She’s not quite as private as when she was married.”

Pamela Anderson: ‘Julian Assange and I Have a Special Relationship’