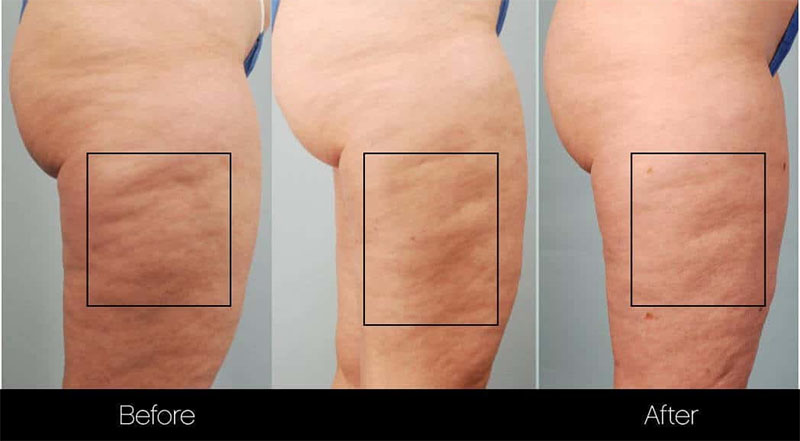 Many women are aware that the orange-peel appearance of the skin is known as cellulite. This pesky skin problem, which is more common in women than in men, is something that ladies over the age of 20 are struggling to keep off. Since body shape and size do not matter when it comes to cellulite, it is quite hard to determine what causes this cottage-cheese appearance of the skin.

According to figures, over 95% of women have this irritating problem and many are willing to spend a lot of time, money and even comfort just to make sure that these unwanted dimples on the skin will remain unnoticeable.

However, since scientists are still baffled as to what is the definitive cause of cellulite, it would be wise to look deeper into the matter and help unravel how it develops. Most probably, we will have a better understanding on how to prevent and treat cellulite if we know the stages of its development.

For quite a long time, the medical field has not been preoccupied in studying cellulite, primarily because this is not considered as a medical condition. In fact, this skin problem is more of a cosmetic malady than a disease.

However, since consciousness about beauty and cosmetics has surged recently, cellulite is now being recognized by experts. In fact, you can now find articles about cellulite in medical literature as well. This is indeed a great step in the better understanding of this problem. Below are the five phases of cellulite development:

Cellulite is formed when blood microcirculation, lymphatic waste elimination and venous flow in the subcutaneous layer of the skin is impaired or damaged. If you have a problem with blood flow, microcirculation or lymphatic drainage, the surrounding tissues will surely weaken and be prone to the development of cellulite. Furthermore, blood and fluids can also be trapped in the area because of the problematic drainage function. As a result, the tissues in that area might start to become fibrous.

As the poor circulation continues, the veins and capillaries will start to weaken and become damaged. In fact, blood will probably leak out from damaged veins to nearby tissues. Due to which, the problem with drainage and circulation is aggravated because of the increase in strain or pressure on the surrounding skin tissues. Skin discoloration, slight bruising and tenderness of the affected areas might be visible at this stage.

The early stages of dimpling start to be apparent on the skin at this phase. Since lymphatic drainage has been impaired for a prolonged period, the fat tissues in the area become swollen and start to press on the skin.

At this stage, the fibrous septae, which is caused by constricted circulation and drainage problems, will start to thicken and form hardened fibers. Moreover, cells that were deprived of nutrients and oxygen because of poor circulation start to merge with fibers, making them even thicker and harder. In this stage, fat starts to become trapped in between the fibers. Aside from small lumps being visible, you will feel cold areas on your skin at this phase.

Apart from the continuous growth of the fibrous septae, poor blood circulation and increased pressure in the area will make matters worse. More fat cells will be trapped in the fiber formed underneath the skin. Unfortunately, despite exercise and dieting, fat cells confined in between these thick fibers are not efficiently used or converted to energy.

At this phase, steatomes, or the honeycomb-structure composed of trapped fat cells, fibers and stagnant fluids are formed. This is also the time when everyone can see the cottage-cheese formation on the skin.

How to Take Care of Your Beauty Naturally

3 Smart Ways to Cover a Scar on Your Face

5 Exfoliating Tips for Your Face