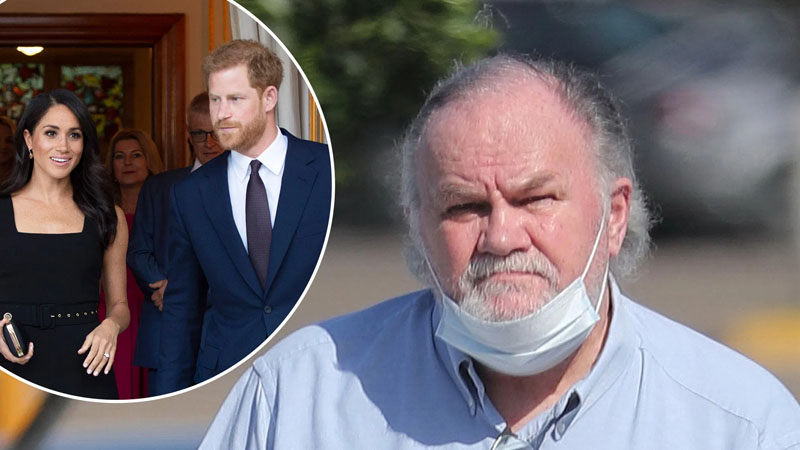 The drama between Prince Harry, Meghan Markle, and her father, Thomas Markle has been well documented over the last several years, and it seems that the 76-year-old has no shortage of complaints to make, especially after the couple’s announcement of the birth of their youngest daughter, Lilibet Diana.

While the pair revealed the birth of their daughter on June 6, Markle then spoke in an interview to 60 Minutes Australia shortly after to claim that he found out about the newest arrival in the family not from his daughter, but on the radio.

In the interview, Markle alleged that he was not personally told his daughter had given birth. “I’m not a tearful type … but I’m certainly hurt by a lot of it,” the 76-year-old said. “There’s a good chance I might never see my grandchildren.”

The duchess and her father have had a fraught relationship for years, and Markle has made an effort to speak out about it at any chance he could get. “No phone calls, I just heard it on the radio. I haven’t spoken to [Meghan] since two days before they got married,” he said.

I think she’s using them to build her network and build her new shows. I think she’s taking advantage of a very weakened man and getting him to say things that you just shouldn’t be saying on television.”

Prince Harry and Markle have yet to comment on her father’s claims and it’s unlikely they will, but the unsteady relationship between the pair and the 76-year-old does not show promise of improving anytime soon. Prior to Meghan’s wedding back in 2018, Markle was caught staging paparazzi photos for money which marked the beginning of their rift.

Markle also did not walk his daughter down the aisle when she wed, and the pair have been on rocky footing since. While it seems as though Markle is fond of using interviews to communicate with his daughter, it’s unlikely his latest comments will settle well with them.