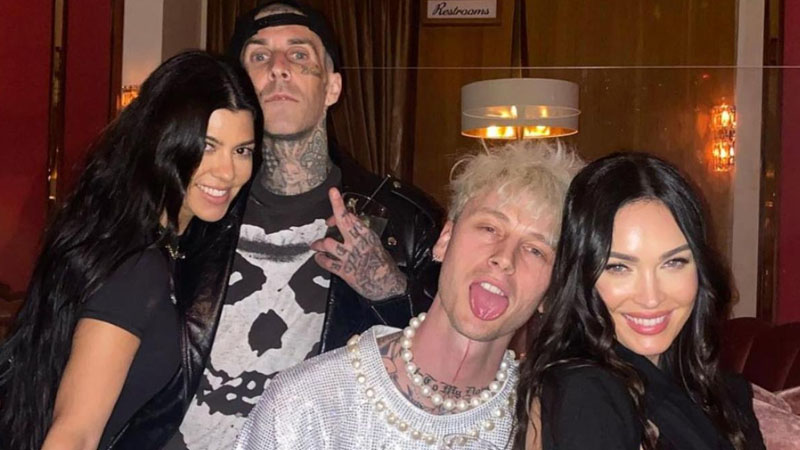 While Travis and Kelly performed, Kourtney, Megan, the 20-year-old TikToker were spotted hanging out and taking pictures. Kourtney even posted a few from the day on her Instagram stories. MGK and Travis‘ performance was a total surprise for fans, as they just took to social media hours before they started performing.

If you missed it, just yesterday, there were reports via ET that suggested that Megan and Kelly are planning on getting engaged in the “near future.” “They want to get married and eventually have more kids,” said the insider.

As ET’s source explained, “MGK would love to start a family with Megan someday, but right now doesn’t seem to be the time in terms of scheduling. As far as engagement goes, it is likely that this will happen sooner than later and it has been a topic of conversation without question.”

“Their schedules are starting to get super busy again, so they just want to make sure that the timing is right since it would be a big step for both them and their families,” the source added of the potential engagement.

We Can’t Believe What Meghan Markle’s Father Is Saying About Her & Prince Harry Now–We’re Devastated For Her!

Kanye Denies being Paid by Republicans to Run for President