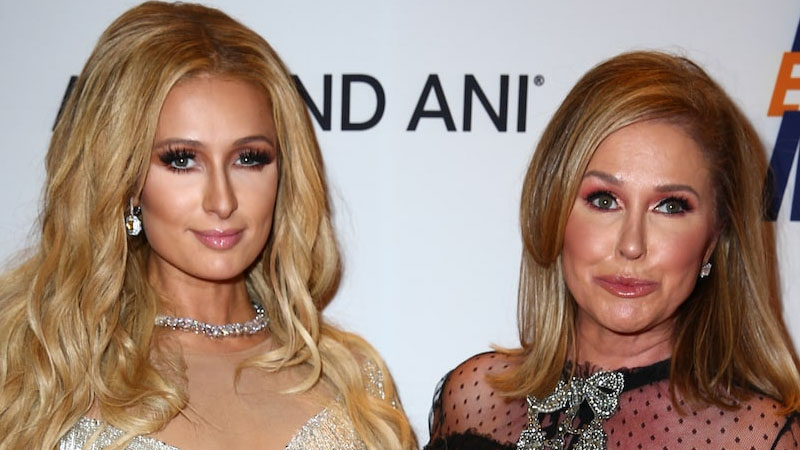 Kathy Hilton is making some lovely plans for her eldest daughter, Paris, to walk down the aisle. During an interview with People, the “Real Housewives of Beverly Hills” star expressed her views that she would be managing the 40-year-old DJ’s nuptials to entrepreneur Carter Reum.

“I’m going to handle the wedding,” Kathy, 62, explained. “I’m going to sit down and talk with her. And it depends on what month we do it. But it will be beautiful and classic.” Her mother revealed that despite the business mogul having an estimated worth of $300 million, Paris may prefer a more modest ceremony

“She’s not the fancy person people might think,” Kathy said. “The truth is, she’d be happy with white teddy bears and unicorns hanging from the ceiling. She’s very easy breezy.” As per toofab.com, in February, Paris, and Carter got engaged during a private island getaway.

Just a few weeks before the big news, the pair revealed they were undergoing IVF treatment in hopes of welcoming twins. And Kathy appears ready for the additions as well, as she already enjoys time with her three grandchildren from daughter Nickyand son Barron.

“They love coming to my house,” Kathy said of Nicky’s two daughters to People. “I keep strollers by the front door with baby dolls that they keep here. And in their room, I have lots of old toys — a big dollhouse, a painted secretary with pink hearts, and my Madame Alexander doll collection.”

“They love coming to Kiki and Papa’s!”

Ariana Grande Replace Nick Jonas as a coach on The Voice; Tweets that the team will miss him