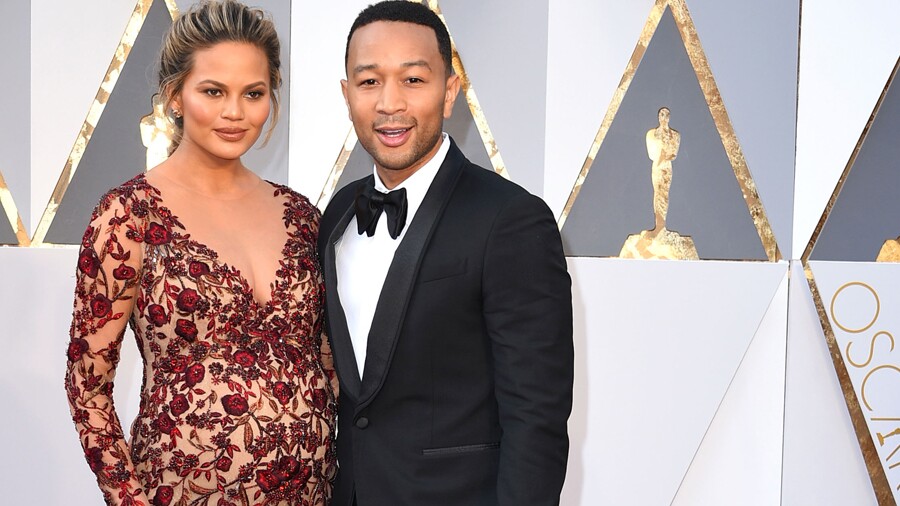 Chrissy Teigen has recently come under fire for a history of problematic tweets. Has the backlash affected her marriage? One tabloid seems to think so and is accusing the couple of going through a rough patch.

The last few weeks have been rough for Teigen, who normally is praised for her sassy clapbacks on Twitter but is now facing repercussions for past jabs. Courtney Stodden told the Daily Beast that the model and mom of two told them to kill themself ten years ago.

Since the news broke, consequences have been swift for the cookbook author, and she has essentially gone cold on social media, leaving many, including the National Enquirer, asking questions about where her marriage with musician John Legend stands.

In an article titled “Chrissy & John Face The Music,” sources basically recap Teigen’s fall from grace which includes quotes from controversial political figure Candace Owens and a secret source. Noting Legend’s previous charity work with abused children, the insider says, “This is the worst kind of scandal for him.”

“This scandal had come at the worst possible time for John, who just won a Grammy for ‘Bigger Love,’ which was inspired by Chrissy. Now he’s hearing about a dark side to his wife,” the source divulges, adding that the stress of the public fallout has caused mood swings and clingy behavior from Teigen. “She’s upset and needs his constant attention and affirmation.”

Since most of the article is just recapping the controversy with a few anonymous quotes thrown in at the end, it would be safe to say the tabloid is just capitalizing off of the scandal. Teigen and Legend could very well be having a rough time. However, the National Enquirer wouldn’t be the ones to know about it because they are not inside the couple’s marriage.

In this article, they misgender Courtney Stodden, so attention to detail and journalistic integrity is not their strong suit. Also, quoting someone as controversial as Candace Owens for legitimacy isn’t exactly a good sign. Tabloids have long been obsessed with Teigen and Legend’s relationship.

In 2017, Life & Style claimed their relationship “hit a crisis point” after Teigen’s experience with postpartum depression. Like this article, the report falsely seemed to know personal details about the couple. That same year, In Touch used the same tactic to allege the couple had been fighting nonstop.

Prince Harry Slammed in the US, told ‘Go Back to Britain’ but They Don’t Want Him Either