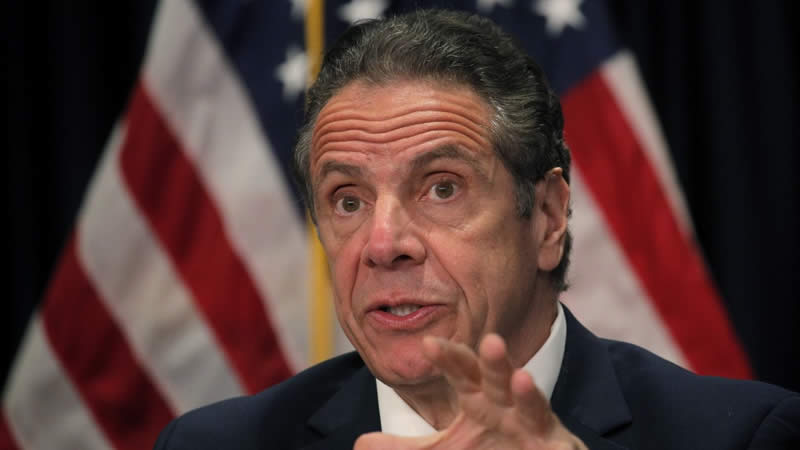 “Vaccine passports” are coming to New York City (and soon the world)….

Only they’re much more than passports.

Want to get into a restaurant? Grocery story? Event? Venue? School?

No problem, just show them your papers.

Now where have I heard that idea before?

The nation’s very first “vaccine passport” is coming to the Big Apple.

The program, dubbed the “Excelsior Pass,” is an app that will allow New Yorkers to prove their vaccination status, or recent history of a negative COVID-19 test, in order to gain entry to events and businesses, Governor Cuomo announced in a news release Friday.

“Similar to a mobile airline boarding pass, individuals will be able to either print out their pass or store it on their smartphones using the Excelsior Pass Wallet app,” the news release explains.

“Each Pass will have a secure QR code, which participating businesses and venues can scan using a companion app to verify proof of COVID-19 negative test results or proof of vaccination. An individual’s data is kept secure and confidential at all times.”

The app won’t show any health information when scanned — it’ll only show a green checkmark if the person has been vaccinated or tested negatively or a red “x” if they haven’t.

Major venues, such as Madison Square Garden and the Times Union Center in Albany, will begin using the app next week and on April 2, Excelsior Pass will expand to “smaller arts, entertainment and event venues,” Cuomo’s office said.

The app, which launched Friday, already works to prove vaccination status or negative test results and can be used to gain access to wedding receptions, which now require negative tests from attendees, and other events above the social gathering limit.

“New Yorkers have proven they can follow public health guidance to beat back COVID, and the innovative Excelsior Pass is another tool in our new toolbox to fight the virus while allowing more sectors of the economy to reopen safely and keeping personal information secure,” Cuomo said in a statement.

My friends over at Conservative Brief had a good opinion on this whole nonsense:

We get that some people will choose to get vaccinated while many will not. That is what our nation is built on, personal choice.

When one thinks about it from a Biblical standpoint, how far is this from “the mark?”

The Bible says of the mark “And that no man might buy or sell, save he that had the mark, or the name of the beast, or the number of his name.”

BOOKMARK IT: Check Out My New Site, NoahReport.com!

No, we are not saying the vaccine or this program are the mark. But how much further can one go before you arrive at that point?

How much further can government push you to accept something, that could go on to be something used around the world, before you actually arrive at the mark?

For those of us who are Christian we see the writing on the wall at what looks like it could be a precursor to the ultimate goal.

“Don’t think for a moment that you will ever see what you used to take for granted. You will never see freedom to do whatever you want. Track and tax are here. Mark of the beast, tagged like animals, call it what you want. You’re now considered livestock. Now, back to your pen,” Lionel (real name Michael William Lebron) said on Saturday.