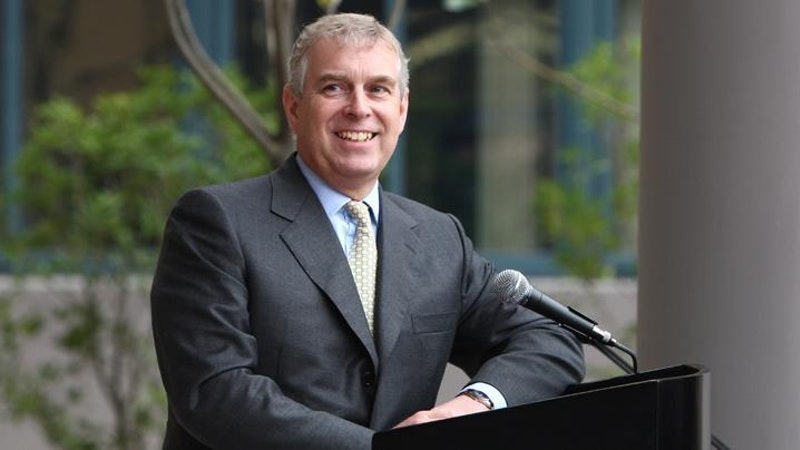 On Tuesday, Prince Andrew accompanied Queen Elizabeth II on her Scottish summer vacation, just 24 hours after he was accused of sexually assaulting a Jeffrey Epstein victim in a lawsuit. As Virginia Giuffre’s civil claim in New York produced a wave of global headlines, the Duke of York traveled more than 500 miles to Balmoral Castle to see his mother.

The story was featured on the first page of the pro-royal Daily Mail.

For the second day in a row, the pro-royal Daily Mail ran the story on its main page with the headline “Downfall of the Duke?” Andrew’s biographer Nigel Cawthorne speculated that Andrew could lose his status as “His Royal Highness,” while newspaper columnist Dan Wootton speculated that he might be compelled to leave his grace and favor home, Royal Lodge, in Windsor.

The queen’s second son and his legal team are on their second day of silence over allegations of sexual assault and battery dating back to 2001 when Giuffre was 17. However, after arriving at Balmoral Castle in Aberdeenshire yesterday, he will have to explain himself to his mother.

On Monday, hours before the lawsuit was filed in New York, Elizabeth herself landed at the 50,000-acre private estate. She was greeted by a guard of honor from the Balaklava Company of the 5th Battalion of the Royal Regiment of Scotland, who were accompanied by a Shetland Pony Lance Corporal Cruachan IV.

The charming ceremony, however, was quickly upstaged, and a shadow now hangs over the Queen’s first visit to Balmoral Castle since Prince Philip’s death in April. Chris Ship, ITV Royal Correspondent, wrote on Twitter: “The Queen’s characteristic knack to read the public mood has served her well for decades.

“So as Prince Andrew arrives at Balmoral to stay with the Queen, what words of advice will she have for her son as his accuser sues him and his global reputation suffers yet another blow?”

Giuffre said in a statement on Monday: “I did not come to this decision lightly. As a mother and a wife, my family comes first. I know that this action will subject me to further attacks by Prince Andrew and his surrogates. But I knew that if I did not pursue this action, I would be letting them and victims everywhere down.”

The case was announced late last night in the United Kingdom, but Prince Andrew’s team refused to comment on the allegations yesterday.

According to Newsweek, the court petition could damage the Duke of York’s reputation.

A partner and global head of media and reputation at international law firm Withers, Amber Melville-Brown, told Newsweek: “Reputationally it may already be effectively ‘game over’ for Prince Andrew despite the lack of any court decision, and notwithstanding his vehement denials.”

“Silence in the face of accusations is not necessarily golden—while it may be a proper part of any legal defense strategy, to the public it may evidence improper disrespect for the court system; and while being vocal outside court may seem obvious to defend a reputation from serious accusations, it can be catastrophic if contrary to the strategy employed in court to defend the claim.”

A court filing by Giuffre’s attorney David Boies reads: “On one occasion, Prince Andrew sexually abused [Giuffre] in London at Maxwell’s home. During this encounter, Epstein, Maxwell, and Prince Andrew forced [Giuffre], a child, to have sexual intercourse with Prince Andrew against her will.”

As per the report of MSN, it then goes on to mention two other alleged assaults, one in New York and the other on Epstein’s private island, Little St James.

Surprising Beauty Ingredients That Are Hiding In Your Kitchen

Prince Harry bringing Archie along to the UK as an ‘olive branch’ to ‘diffuse tension’ from Oprah interview?

Sussexes Lied Again! No Girls Named Lilibet Were Born In The United States