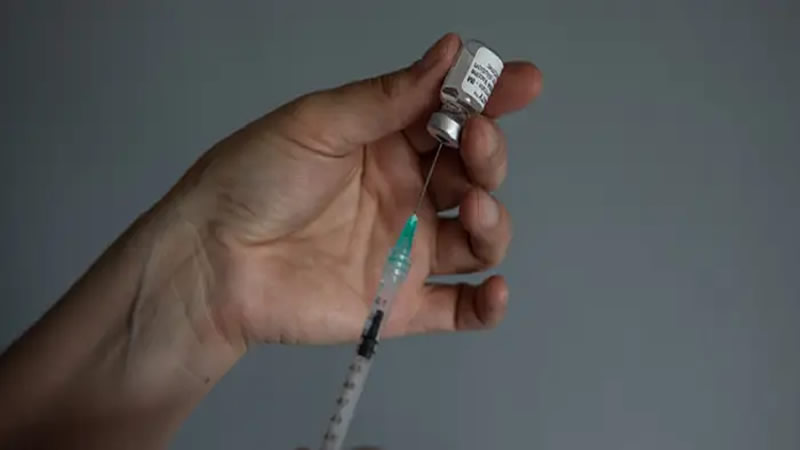 A new study has found that 1-in-5 Americans believe that it is “definitely true” or “probably true” that there is a microchip in the COVID-19 vaccines.

The study by YouGov in conjunction with The Economist has found that 30-44-year-olds are most likely to believe this widely debunked conspiracy, with 7% of people from this age group saying that it is “definitely true” and 20% of them saying it is “probably true.”

Less than half of people surveyed (46%) said that it is “definitely false.”

The conspiracy suggesting that vaccines are a tool to implant microchips into people has been widespread across the globe, acting as one of the major tales of misinformation that has punctuated the pandemic.

There has never been any evidence to support the idea that microchips are a part of the vaccine rollout.

Despite this, false videos and content describing the false-microchip idea in great detail continue to circulate and find an audience on social media.

The microchip conspiracy suggests that the entire pandemic has been a cover to create and inject trackable microchips-Microsoft co-founder Bill Gates has been cast as the super-villain behind the plot.

The Bill and Melinda Gates Foundation has previously told the BBC the claim was “false.”

Speaking to Insider about COVID-19, Dr Geoffrey Dancy, an expert in conspiracy theories, said: “The resort to conspiratorialism emerges during times of great uncertainty when we’re groping for explanations for things that we can’t explain.

“The great power of conspiracy theories is that you can offer them quickly, and you can point to somebody to blame for problems. And that’s certainly what’s going on.

The World Health Organisation has previously stated that as well as the COVID-19 pandemic, we are battling an “infodemic” – a surge of dangerous misinformation plaguing the world and its fight against the virus.

Ga. 5-Year-Old Dies of COVID in Tennessee: ‘He Brought Love and Joy to Everybody He Ever Met’