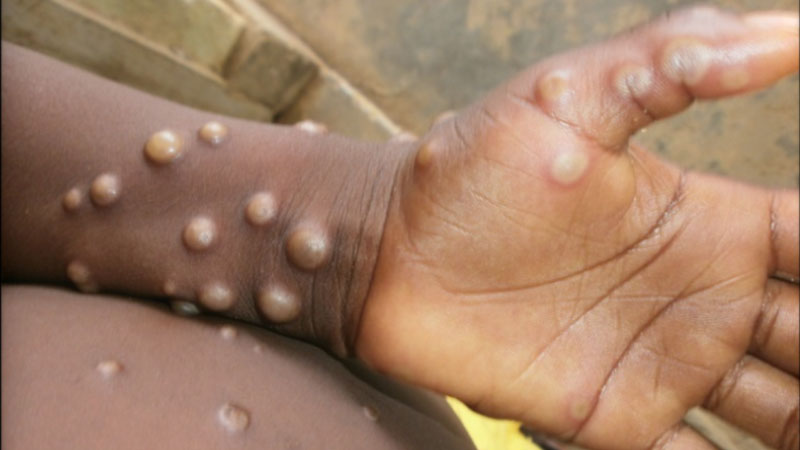 Two cases of monkeypox were identified in the United Kingdom’s (UK) North Wales on Thursday, according to a report by news agency BBC. Health officials familiar with the developments said that both the cases belong to the same household.

Monkeypox falls in the same category of viruses as smallpox but it is considered less severe and experts also highlighted that the chances of infection are low. The virus occurs mostly in remote tropical rainforests of central and West African countries.

It has two main strains –West African and Central African. Monkeypox, according to the World Health Organisation (WHO) is a zoonosis, meaning it can be transmitted from animals to humans. Public Health Wales (PHW) said that the initial cases were acquired overseas.

The PHW also highlighted that the risk to the general public is low and contact tracing has been initiated. One of the patients has been released while the other continues to be hospitalized. Public Health England is also monitoring the situation.

“Confirmed cases of monkeypox are a rare event in the UK, and the risk to the general public is very low,” a PHW official was quoted as saying by news agency BBC.

“We have worked with multi-agency colleagues, following tried and tested protocols and procedures, and identified all close contacts. Actions have been put in place to minimize the likelihood of further infection,” he further added.

The UN health body highlighted that it has found evidence of the monkeypox virus in squirrels, Gambian pouched rats, dormice, different species of monkeys and others. It also said that several other animals in the rainforest were seen to carry the virus.

Fever, headaches, swellings, back pain, aching muscles and fatigue are the most common symptoms of monkeypox. A rash may develop following a fever often beginning in the face and then spreading to other parts of the body.

It commonly occurs in the palms of the hands and soles of the feet. The rash is extremely itchy and changes and goes through several stages before forming a scab. The scab later falls off but the lesions can cause scarring. The WHO says that the detection of viral DNA by polymerase chain reaction (PCR) is the preferred method of testing for monkeypox.

The infection clears up on its own and lasts between 14 to 21 days. Most of the monkeypox are mild resembling chickenpox and clear up on their own. The disease can however become severe and has caused deaths in West Africa.

Jennifer Lopez, Alex Rodriguez are ‘back on’ after having trouble in paradise