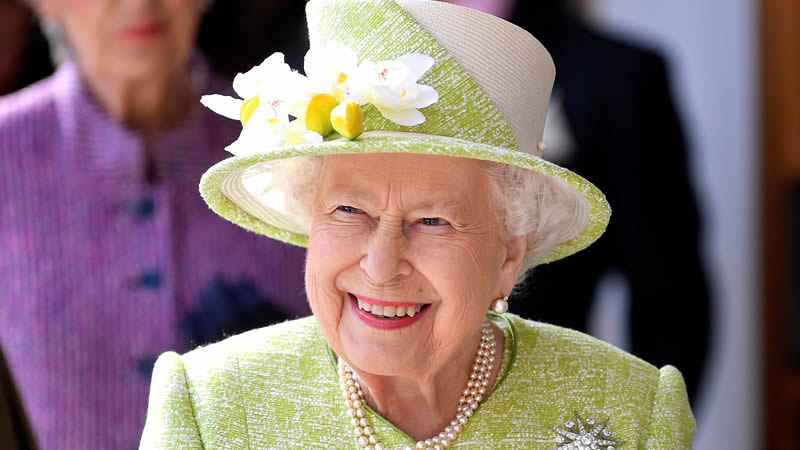 Queen Elizabeth II is focused on living her life to the fullest since the death of her late husband, Prince Philip. In an interview with the Daily Mail‘s FEMAIL, royal author Phil Dampier said the Queen was, understandably, “devastated” by Philip’s death, but is determined to “live life to the full” because that’s what he would have wanted for her.

“Some might think it is strange that she is so happy so soon after Prince Philip’s death, but I think there is a simple explanation,” Dampier explained. “I’m sure she was devastated by his passing—after all they were married for 73 years.

But I’m sure that he told her to enjoy what was left of her own life. He would not want her to sit around mourning him as Queen Victoria did for Albert, and I bet he would want her to carry on living life to the full.”

The monarch illustrated this life philosophy this weekend when she made not just one, but two appearances at the Royal Windsor Horse Show. Here she is, having the time of her life on Saturday, July 3 as she watched her horse “First Receiver” compete in—and win, NBD—the Retired Racehorses – RoR Open In Hand Show Series Qualifier Class on day 3 of the Horse Show:

And here she is again on July 4, beaming as she watched her horse “Fools Paradise” compete in the Small Riding Horse class on day 4 of the event:

The Queen and Philip had been married for 73 years when he died in April, following increasing struggles with his health that culminated in a month-long hospitalization shortly before his death.

Dampier added that the Queen had found “new energy” as coronavirus restrictions have lessened—something else that might be helping her find reasons to smile after losing Philip.

“It’s been fantastic to see the Queen is such good form in recent weeks. She seems happy and relaxed and it’s a joy to see her smiling face,” Dampier said. “I think she is just delighted to be out of lockdown like the rest of us, and getting out and about doing the things she loves.

“She has her social life and you could see how happy she was to be at the Windsor Horse Show, one of her favorite events of the year, four days running. She meets up with old friends and loves to catch up on gossip, as well as spend time with her own family.”

Prince Harry, Meghan Markle’s UK Visit Along With the Kids Will Delighted The Queen: Reports

Another Royal Is Moving to the United States, Just Like Prince Harry & Meghan Markle