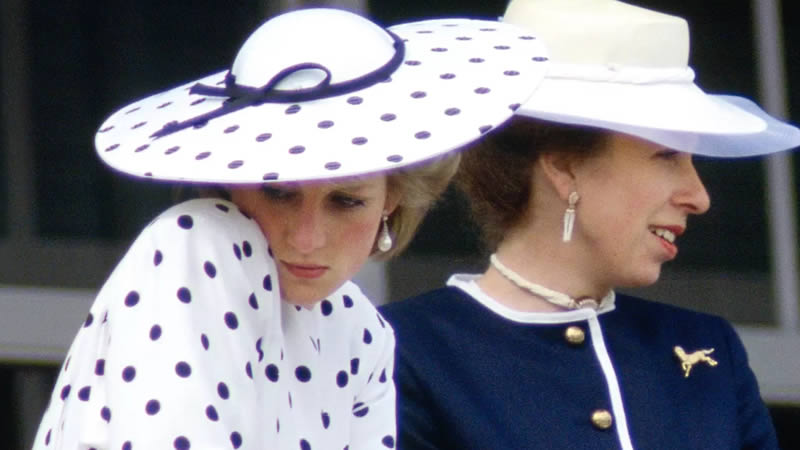 On July 1, 2021, on Diana, Princess of Wales’s 60th Birthday, a statue ger will be unveiled in the Sunken Garden at Kensington Palace to commemorate her life on what would have been.

Prince William and Harry specially made the piece to recognise the positive impact she made around the globe, hoping it would help all those who visit Kensington Palace to reflect on their mother’s life and her legacy.

‘The Diana Effect’ symbolised a new monarchy and still does to this day, nearly 25 years after her death.

“Diana changed the royal family in many ways and it’s never been the same since,” Phil Dampier, author of Diana: I’m Going to be Me, told New Idea Royals Monthly.

“She had a mass appeal perhaps because you could see something of yourself in her, someone trying to do good for the world against the odds, but sometimes making mistakes, as we all do.”

“She once said she was thick as a plank, having done badly at school, but she had a brilliant way of understanding others and feeling their pain,” he continues. “She had an intuition which no-one could train you in, and that money couldn’t buy.”

That mass plea had surprising effects on how the royals saw their roles, and how they related to the public.

After her death, outrage over the family’s emotionlessness to the calamity even made it compulsory for the Queen to make an unusual televised address about her former daughter-in-law. Said one royal watcher with close ties to the family: “At that moment, it was clear the Queen knew just how much impact Diana had on the monarchy.”

“I think Diana would like to be remembered as someone who spoke from the heart, not the head, and tried to be true to herself,” says Dampier.

“She changed the stuffy, traditional ways of the royals and today they are much more in tune with the rest of us.”

Diana’s legacy felt more keenly than in her sons, Princes William and Harry. While on their Tour of Australia, Prince Charles praised Diana to be a great mother.

“Put simply, she made us, and so many other people, happy. May this be the way that she is remembered,” he later said.

“I find talking about my mother and keeping her memory alive very important,” William told GQ, also in 2017.

“I find it therapeutic to talk about her and to talk about how I feel. One thing I can always say about my mother is she smothered Harry and me in love. Twenty years on I still feel the love she gave us and that is testament to her massive heart and her amazing ability to be a great mother.”

“A lot of what Diana did and how she did it has been passed onto William and Harry,” says Dampier.

“They have inherited their mother’s way with people and are much more down to earth than previous generations.”

Indeed, it’s that “down to earth’ quality that is Diana’s living legacy for her boys – and one that now sees them forging their paths away from the expected roles of the “heir and the spare”.

For a start, they’ve taken on charitable work that resonates with them both because of her. Wills and Harry have spoken extensively over the years about Diana being their inspiration and role model.

Only 12 years old when Diana died, Harry spoke about “the gaping hole” in life caused by her loss, telling People magazine: “All I want to do is make my mother proud.” With his charity Sentebale, created in Diana’s honor to help orphans in Africa, and his work with the Invictus Games, following in his mother’s footsteps came naturally to him.

Then there were Heads Together, a public awareness campaign partnering with several UK-based charities to de-stigmatise mental health, set up originally by the pair and Duchess Catherine in 2017. And it was a blatant nod to Diana.

During a 1995 interview with the BBC’s Panorama programme, she had famously opened about self-harm and depression, at a time when the topic was taboo: “When no one listens to you, or you feel no one’s listening to you, all sorts of things start to happen. For instance, you have so much pain inside yourself that you try and hurt yourself on the outside because you want help, but it’s the wrong help you’re asking for.”

“There is something very moving that Diana’s sons would take on the issue of mental health knowing their mother struggled with depression during various part of her life,” said one close friend of Diana. “She would be so pleased.”

William also discuss the importance of understanding mental health issues. “We need to normalise the conversation about mental health,” he stated in 2017, adding that “mental health needs to be taken as seriously as physical health.”

William— Second in line to be the King of the UK

William married to a partner like Kate, who can help him carry on his mother’s legacy – raising a family in a down to earth, loving and normal home, a far cry from father Prince Charles’ upbringing.

“William and Kate have brought their children up the way Diana did, talking to them about their royal privilege, and not letting them take it for granted,” says Dampier.

“She wanted them to be in touch with the real world, and William and Kate want the same for George, Charlotte and Louis.”

Making a choice that echoes Diana’s desire to give “her boys” a “normal life”, Kate and William decided to raise their family away from London – at their country home, Anmer Hall.

“Kate had a very normal upbringing and, with William’s support, their children will too,” says a family friend. “Diana would be in complete agreement on the way Kate and William want to raise their children.”

And while Diana was left to her own devices to navigate the requirements of a royal life, worldwide fame and a husband from who she grew increasingly apart, Kate has the royal family in her corner.

She’s been trained on every aspect of her role and has the full support of William. She also has been instrumental in Heads Together — and works with William on many other causes that echo his mother’s interests.

Adds Dampier, “in William and Kate you can see a bright future for the monarchy and Diana’s influence on her eldest son shines through.”

Diana’s death influence is visible in Prince Harry. His desire to chose his own path, do his own work and to marry Meghan Markle – a divorcee with a career of her own – reminiscent of Diana’s need to break free of old royal tradition, said newidea.com.au.

And after the Megxit, royal watchers agree that Meghan is a woman who Diana would surely have loved.

“Diana died at 36, and Meghan arrived at 36, then fully formed, and she was doing all the things that Diana aspired to do,” says Andrew Morton, author of Diana: Her True Story.

“That’s to say, she was making speeches, she was an activist, and that’s what Diana wanted to do. She was far more interested in being treated as a workhorse than a clotheshorse, and she was always thrilled when any of her speeches were noted by the newspapers or by TV. So, she would have seen, you know, Meghan having spoken at the United Nations. She would have been, ‘You go, girl,’.”

Harry and Meghan’s decision to step back from their senior roles as members of the royal family was criticised a lot, of course, “I’m sure Diana would have been pleased that Harry married for love, and she would want him to be happy.

But whether she would be glad that he’s moved to California and his son Archie is seeing little of his side of the family, I’m not so sure,” argues Phil Dampier.

“Harry’s connection to Diana is very clear and his independence of mind is very clear,” says Clive Irving, author of The Last Queen.

“And I think what they want to do in a simple commercial way is to leverage their fame and celebrity for good causes, which is exactly the model that Diana set. She was the first to show that you could do that with an astounding effect. William can’t do that in the same way because he’s part of the royal calendar, he doesn’t have that kind of freedom to do it. So, they will do that in their own way.”

Diana herself, Harry and Meghan are changing what it means to live in the royal spotlight.

“It’s a very good marriage and they’re a very successful couple together. And they’ve created a space for themselves where they can really be themselves and do good work,” he says.

George Clooney Is Trying Hard To Be In The Limelight After Isolation With Wife Amal: Rumor