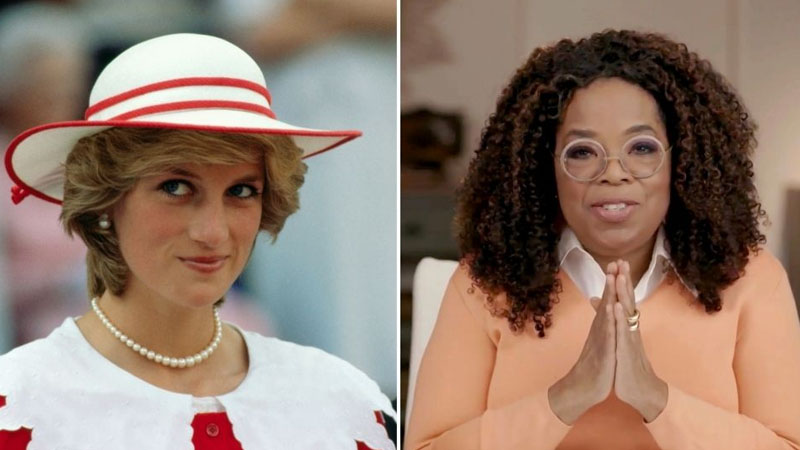 At that time, America’s grand inquisitor was embarking on another of her much-publicized diets, trying to get down from the weight of 237lbs [107kg] that she had disclosed in 1992 – nearly 17 stone – to a level on the right side of 200.

So Diana asked McGrady to make his famous tomato mousse.

After a few mouthfuls, Oprah put down her spoon to ask: “Diana, how do you stay so slim eating rich food like this?”

“I just eat small portions,” replied Diana demurely, “and I work out.”

But that was not quite the full story.

Diana had instructed McGrady – formerly chef to the Queen – to prepare and serve her with a fat-free version of the mousse, while Oprah was served with the full-fat dish, loaded with mayonnaise, sour cream, and a dollop of heavy cream as well.

“Diana never did tell her the truth,” McGrady liked to relate with delight.

Oprah has had her fair share of brushes with the royals, the most recent and memorable of which was her bombshell interview with Meghan Markle and Prince Harry.

In the two-hour special with the talk show queen, the renegade royals’ made a number of shock revelations which including clearing up rumors that Meghan had made Kate cry at her wedding as well as the Duchess having suicidal thoughts.

“I just didn’t want to be alive anymore,” Meghan told Oprah, before adding: “That was a very clear and real and frightening thought… I couldn’t be left alone.”