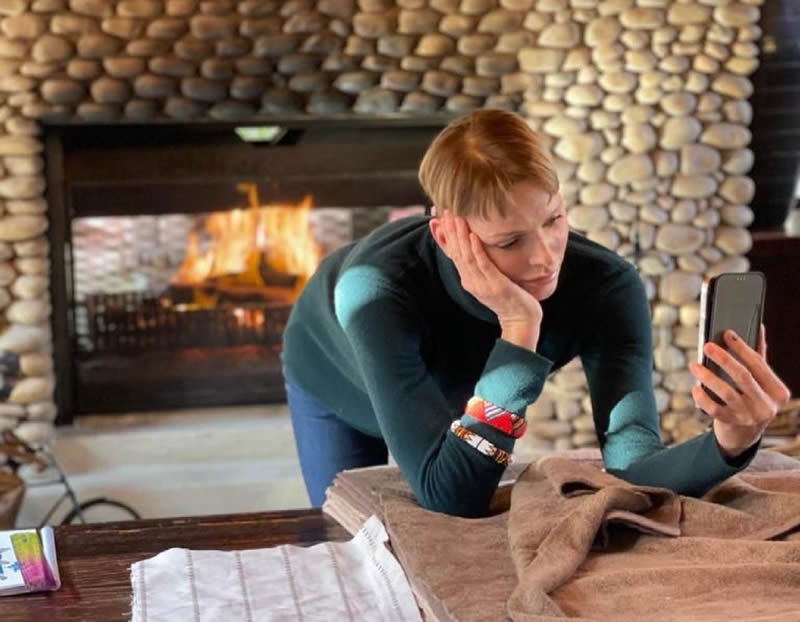 The princess has undergone an operation while in South Africa, but she may be reunited with her family soon, according to the latest developments in Princess Charlene’s health concerns.

After developing an ENT sphere infection in May and enduring difficulties from the illness that affects the ear, nose, and throat, the mother-of-two has been stranded in her home country.

She is thought to be resting right now after the procedure and could be reunited with her family soon.
According to People, Prince Albert said:

‘The operation went well, Princess Charlene is resting and we are thinking of her with tenderness.’
The palace previously revealed that the mother of two had undergone an operation and that her husband, Prince Albert, and their children will go to see her while she recovers.

‘Prince Albert and their children Crown Prince Jacques and Princess Gabriella will join her during her recovery period.’

Her problems started when a sinus lift and bone graft she had before going to South Africa to do charity work became infected.

She has been unable to fly due to a problem with equalising her ears, and she describes herself as being stuck ‘in a waiting game.’

The princess recently revealed that it will be months before she will be able to return to Monaco.
While talking to South African Radio 702, she confirmed that:

‘I cannot force healing so I will be grounded in South Africa until the end of October.’

Her protracted absence has fueled rumours of a rupture between herself and the prince, although the couple has frequently denied that there are any problems in their relationship.

According to the report of evoke, Charlene was forced to miss her tenth wedding anniversary earlier this summer, but she paid a heart-touching tribute to her other half.

She told South African News Chanel 24, ‘I miss my husband and children dearly. Albert is my rock and strength and without his love and support I would not have been able to get through this painful time.’

Surprising Beauty Ingredients That Are Hiding In Your Kitchen

Home Improvement Ideas to Improve your Quality of Living