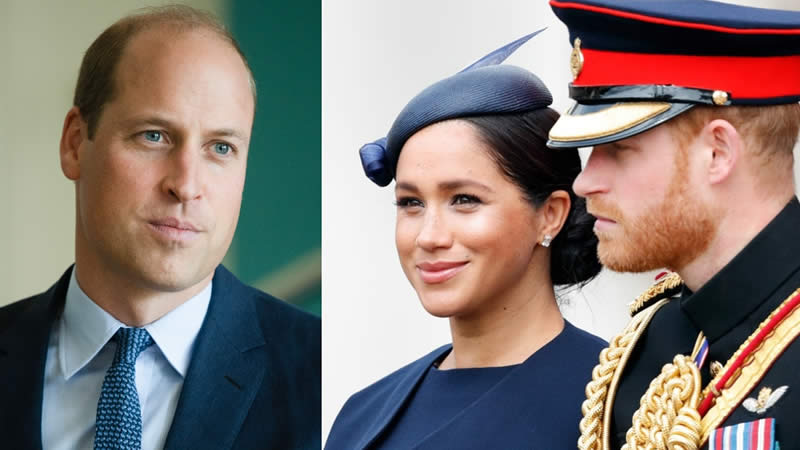 Some pretty major royal news went down last week: Queen Elizabeth stripped Meghan Markle and Prince Harry of their patronages as the couple confirmed they will not be returning as working members of the royal family. But here’s the thing: Apparently, Prince William is not thrilled by Meghan and Harry’s statement on the matter.

The palace’s statement read, in part, “Following conversations with The Duke, The Queen has written confirming that in stepping away from the work of The Royal Family it is not possible to continue with the responsibilities and duties that come with a life of public service.”

Meanwhile, Meghan and Harry said in their statement “We can all live a life of service. Service is universal.”

According to The Sunday Times (via People), William is “really sad and genuinely shocked” by his brother pushing back on the Queen’s statement, with a source saying he’s “very upset by what has happened” and found the Sussexes’ actions “insulting and disrespectful.” Another source added, “You don’t answer the Queen back—it’s just not done.”

The good news: This doesn’t mean William and Harry are in yet another feud. A friend of William’s said he is “very upset by what has happened, though absolutely intent that he and Harry’s relationship will heal in time.”