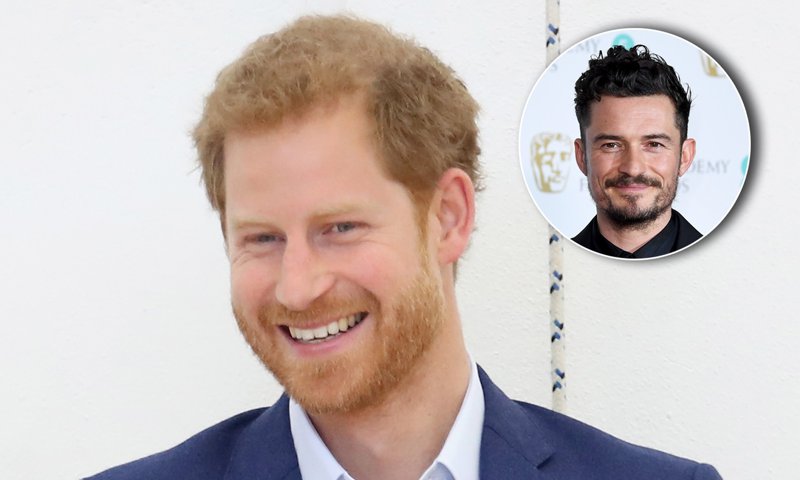 The actor of ‘Lord of the Rings’ revealed about playing the role of Duke of Sussex in the comedy series.

In HBO Max’s new parody series “The Prince”, Prince Harry and the rest of the British royal family are animated. The comedy, which premiered on July 29, stars Orlando Bloom as the Duke of Sussex.

In the teaser, Meghan Markle and Prince Harry are shown in an apartment in Los Angeles. Orlando says as Harry,

“This might be the smallest palace I’ve ever been in.”

Condola Rashad is the voice behind the Duchess of Sussex. She replies, “Well, it’s an apartment.”

“Yes, an apartment palace. I know that. Lots of tiny palaces inside one big palace.”

Harry and Meghan reside in a multimillion-dollar estate in Montecito, California in real life. Funny enough, Orlando lives just down the road. – the source says.

Prince William’s younger brother revealed that he and the Pirates of the Caribbean star keep in touch because of the paparazzi, on the Armchair Expert podcast earlier this year.

“Just two days ago, Orlando Bloom sent me a message, because he’s just down the road and we sort of keep in contact because of the paparazzi,” “He sent me a photograph which his security got of this long-haired guy with a beanie on, with his ear pods in, with his massive camera lying in the back of his 4×4 truck. A woman driving who did the peace sign sitting there as a distraction, and he is laid down in the back of this truck taking photographs of them out with their kid and whoever else is in that area.”

He shared, “Initially, I was like, ‘Hmm, how do I feel about this,’ because I’m a British boy who’s very proud of my roots. I understand how the royal family is loved by some and loathed by others, and I’ve always understood it as part of my heritage and background.” He added, “I’m not someone who wants to poke fun at anyone normally, but this was so clever, witty, and affectionately done. Actually, Katy saw one bit of it and was like, ‘You’ve got to do this. This is genius.’ And the animation is done by some of the guys who did Family Guy, so it’s going to be very amusing. And who doesn’t love the royal family?”

According to the source US HOLA, Orlando hadn’t met Harry after he decided to appear on the show.

“I hadn’t met him when I signed up to do it, and I subsequently met him and he’s such a nice guy. This guy is so nice, and I think he’s got a great sense of humor. I hope he maintains that through this because they’re sort of on a pedestal,” The Prince actor said. “We’re showing real adoration to them in one form or another. I try to justify it, because quite frankly, if I’m honest, it’s not like me to poke fun at anyone but it is done with affection. When I was in my mid-20s, there were so many different people poking fun at me and, in a way, it’s a sign of appreciation.”