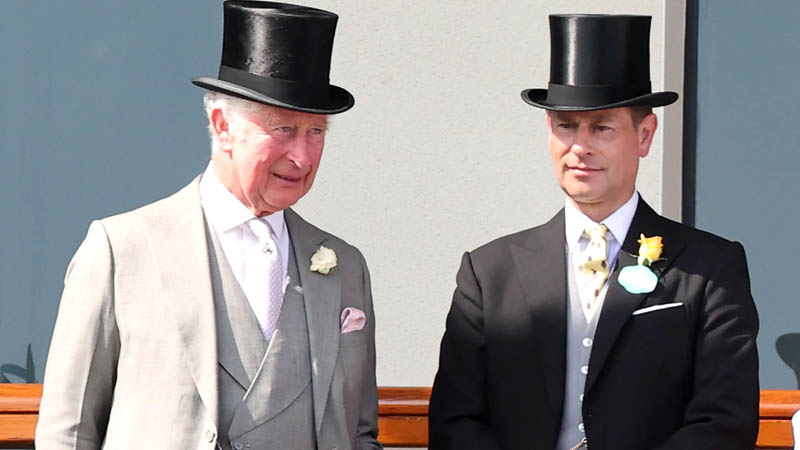 Are Prince Charles and Prince Edward at each other’s throats? One report says the two are locked in a bitter battle over the title left by Prince Philip: Duke of Edinburgh.

According to New Idea, Prince Charles is refusing to give Prince Edward the title of Duke of Edinburgh. The title has historically been promised to the Earl of Wessex, and that’s been the plan since 1999. Prince Philip and Queen Elizabeth agreed the title would go to Prince Edward.

With the death of Prince Philip, the title has automatically passed to Prince Charles. He can give the title to Prince Edward when he becomes king, but it looks as though he’s having second thoughts. A source says, “this is the action of a very bitter man.” While it’s Prince Charles’ right to withhold the dukedom, the source concludes “no-one thought he would, given it was his father’s instruction.”

The so-called source calls Prince Charles a “very bitter man,” but can’t explain how or why that is. You could maybe call it wary, or even conniving, but bitter implies that he’s been slighted and is exacting revenge. If Prince Edward or Prince Philip did something to offend Prince Charles, New Idea certainly can’t explain what it is.

Most of this story is spent reviewing how the Duke of Edinburgh title works. Other than that stray bitter comment, one that cannot be explained, everything in this article is common knowledge. Prince Charles is reportedly seriously considering bucking tradition and withholding the title from Prince Edward. There is nothing in this story unique to New Idea, and its supposed source is just stirring tension.

Gossip Cop must point out, however, Prince Charles is powerless in this situation until he ascends. Until that day comes, the “Duke of Edinburgh” title will likely remain with Prince Charles. A spokesperson for Prince Charles speaking to People put it well: “All stories of this nature are speculation and no final decisions have been taken.” It’s a fact that Prince Edward wants the title, but only time will tell what ends up happening.

New Idea has a bit of an obsession with titles. Last year, it claimed Prince Charles and Camilla Parker Bowles would renew their vows to solidify her future title of queen. That’s simply not how titles work. It also consulted a psychic that declared Prince William and Kate Middleton would be the final British monarchs. You read that right: they really quoted a psychic as a legitimate source.

In another title story, this outlet recently claimed Queen Elizabeth had named Prince William and Middleton the Prince and Princess of Wales. That never happened. Given how obsessed this tabloid is with royal titles, you’d think they’d have a better grasp on how they work. Prince Charles has made no decision yet, so you can disregard this story. – gossipcop