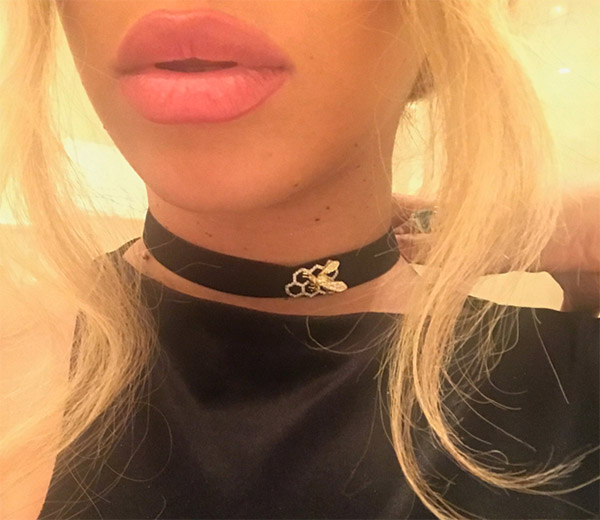 Another day, another ***flawless maternity ensemble from Beyoncé! The pregnant Queen Bey, 35, who’s expecting twins with husband Jay Z, slipped her twin baby bump into a sexy, velvet little black dress for a night out with her family. “Formation” singer also showed off silver statement earrings, a classic ’90s choker (with her symbol, a bee!), an embellished chain purse and knee-high suede boots. She topped the whole look with a moto jacket.

Over the past week, Beyoncé also used her blog to drop the latest campaign photos from her athleisure line with H&M, Ivy Park. And she shared images from her family night out at the L.A. premiere of Beauty and the Beast, where she and Blue wore matching Gucci dresses.

Beyoncé’s maternity style has been a series of hits, starting with her lingerie-clad announcement and quickly followed by her appearance at the 2017 Grammys. For her moving Lemonade medley, she worked a gold Peter Dundas look, complete with a matching halo crown. She later changed into a plunging red dress by the designer, covered in shimmering sequins. But no one could steal the spotlight from Blue, who watched her mom accept her Grammys in a bubblegum Gucci suit.

Camila Cabello: ‘My Love Life is No One Else’s Business’