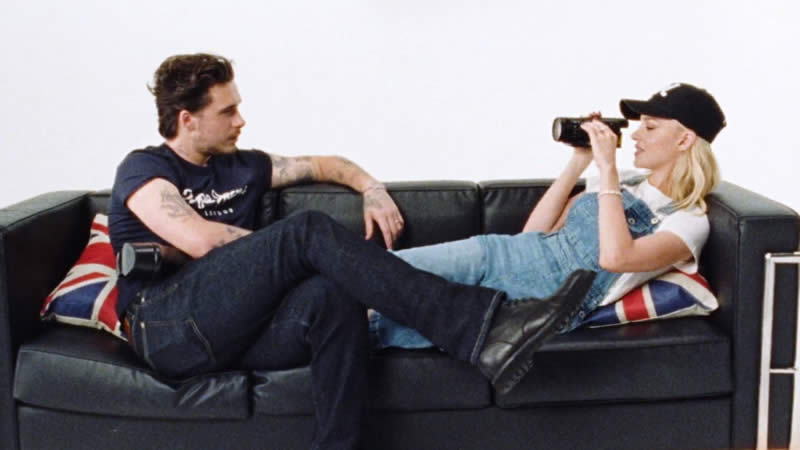 Pepe Jeans, a London denim company, has announced a new campaign and collection based on the power of union and features British photographer Brooklyn Beckham and American actress Nicola Peltz.

Just Us marks the second collaboration between Pepe Jeans and Beckham, who this time appears onscreen alongside his fiancée in a shoot meant to highlight their relationship. Luigi and Iango, a photography pair, produced a series of intimate pictures, while artist Zhamak Fullad shot campaign videos of who the denim label considers being “one of the most genuine couples of their generation.”

The couple, who is going to be married soon, is wearing denim overalls, a quilted branded coat, and an eco-leather leather jacket from Pepe Jeans’ latest AW21 line, as well as classic Pepe Jeans logo t-shirts and accessories.

“I have always liked the brand and I love its advertising campaigns, so it was an easy decision, really,” said Peltz, in a question and answer session with the brand, on why she took part in the campaign. “My favourite jeans are from Pepe, so it made sense to work with a brand that I like and already use.”

At the age of 16, Beckham established himself as a photographer in a debut shoot with Burberry. After five years and one book published, the son of footballer David Beckham has come under criticism for his involvement in the industry, particularly from experienced photographers. Despite the criticisms, Beckham was chosen for Pepe Jeans’ Wiser Future campaign, which was self-shot and directed by the photographer to emphasize the brand’s “Wiser Wash” denim.

On Thursday, 22 years old Brooklyn and his 26-year-old fiancée Nicola both shared photographs from their new Pepe Jeans collaboration on Instagram, and the couple couldn’t take their hands off one other.

Are Glasses With Nose Pads Better?

Kim Kardashian mesmerises fans with her new look in nightwear