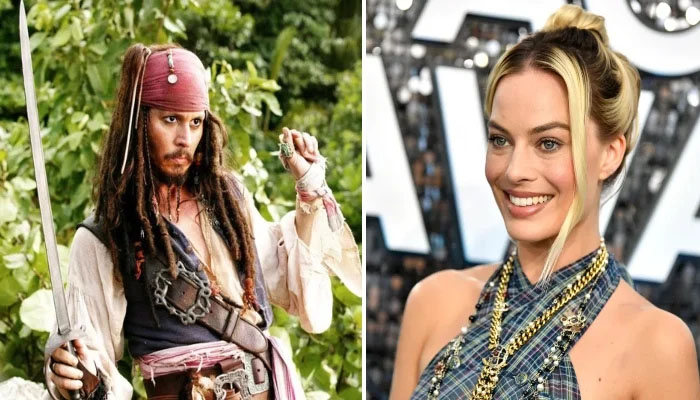 Johnny Depp alleges his ex-wife Amber Heard for ruining his career in Hollywood.

The actor claims that Heard’s 2018 op-ed in The Washington Post implied him as a domestic abuser, which has had him removed from several big-budgeted films.

Meanwhile, the recent talks regarding the upcoming sixth installment of the hit Pirates of the Caribbean franchise have left fans in speculation if Depp will reprise his role as Captain Jack Sparrow in a future film.

Moreover, Hollywood actress Margot Robbie is also being considered to join the cast of the sixth installment.

Film producer Jerry Bruckheimer revealed that the production is in talks with Margot for a lead role. He was asked whether Johnny will be back and he replied, ‘Not at this point,’ reported The Sunday Times ’ Culture magazine.

Bruckheimer also said Depp’s role in future Pirates of the Caribbean movies is still undecided. “Yes. We’re talking to Margot Robbie. We are developing two Pirates scripts – one with her, one without,” he added.

Depp first starred in 2003’s Curse of the Black Pearl, earning himself an Oscar nomination. He’s reprised the iconic role in four further sequels, including Dead Man’s Chest, At World’s End, On Stranger Tides and Dead Men Tell No Tales.

Back in April, the Rum Diary actor, 58, told the court during the case that he had wanted to give Jack Sparrow a proper goodbye with a sixth film.