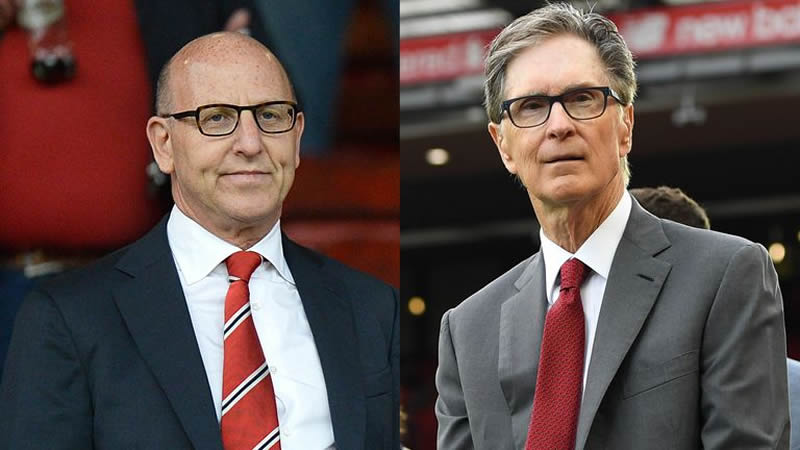 United, Liverpool and four other Premier League sides withdrew from the ESL on Tuesday after a backlash.

“We failed to show enough respect for its deep-rooted traditions,” Glazer said in an open letter to fans.

The 50-year-old admitted efforts “in seeking to create a more stable foundation for the game” did not honour the conventions of promotion and relegation within the wider football pyramid.

“For that we are sorry,” he said. “This is the world’s greatest football club and we apologise unreservedly for the unrest caused during these past few days.

“Manchester United has a rich heritage and we recognise our responsibility to live up to its great traditions and values.”

BBC Sport’s Simon Stone said: “It is rare indeed for Glazer to speak about United. He has done one interview with MUTV at the time of the takeover in 2005 – and that is it.”

Glazer said they will work to “rebuild relationships” across football “with a view to working together on solutions to the long-term challenges facing the football pyramid”.

“We also realise that we need to better communicate with you, our fans, because you will always be at the heart of the club,” he continued.

The Duke of Cambridge, who is president of the Football Association, said in a tweet that he is pleased that football supporters’ opposition to the ESL had been “heard and listened to”.

Earlier on Wednesday, Henry took sole responsibility for the “unnecessary negativity”, saying: “In this endeavour I’ve let you down.

“The project put forward was never going to stand without the support of the fans.

“Over these 48 hours you were very clear that it would not stand. We heard you. I heard you.”

Ferran Soriano, chief executive of Premier League leaders Manchester City – another of the English clubs involved in the proposal – apologised in an email to the club’s supporters.

“We failed to remind ourselves of the unbreakable link between the passion of our fans and the right to have the opportunity to earn success. It is a truth that is fundamental to the DNA of Manchester City and the board deeply regrets taking a decision that lost sight of the historic values of the club,” he said.

“We made a mistake and we sincerely apologise to our fans for the disappointment, frustration and anguish caused by the last 72 hours.”

In other developments on Wednesday:

Juventus chairman Andrea Agnelli admitted the project could not proceed after the Premier League clubs withdrew.
AC Milan, Inter Milan and Atletico Madrid followed suit, taking the total withdrawals to nine.
Rival managers, chairmen and officials called for tighter regulations and possible punishments for the six English clubs.
Before Liverpool’s statement confirming the club’s withdrawal, captain Jordan Henderson had said on social media his side’s “collective position” was that they did not want the breakaway to go ahead.

“We don’t like it and we don’t want it to happen,” read a message that was also posted by many fellow Liverpool players.

Microshading Is The Latest Eyebrow Technique

Health Tips for Working from Home