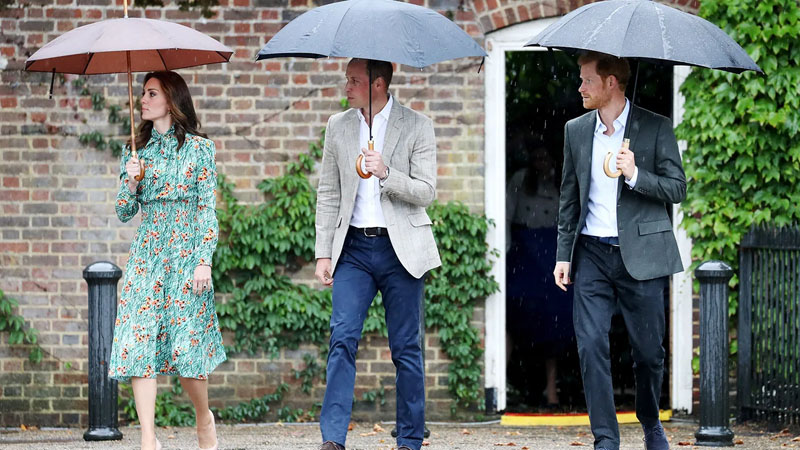 Kate Middleton at Princess Diana’s tribute with Prince William is not expected to be seen, just like her loving sister-in-law Meghan Markle. It seems Duchess Kate might skip out on the ceremony, where a memorial statue of the late Princess of Wales will be unveiled in the U.K. But Duchess’s reason for missing the event is not as like Meghan’s.

HELLO! Reported on Wednesday, June 16, it was revealed that Meghan, 39, is not going to attend the memorial ceremony in the U.K. together with her husband Harry, 36, for the reason of being on eternality leave after the birth of Lilibet “Lili” Diana in the States on June 4. Instead, Meghan is expected to stay in the US in Montecito, California with her son Archie and daughter Lili, who will only be less than a month old on 1st July.

When it comes to Kate, however, her reason for not attending isn’t quite so simple. A royal expert says that the Duchess of Cambridge, 39, may also decide to stay home with her kids to give her husband William, 38, and her brother-in-law Harry some space for “reconciliation” amid their ongoing feud.

Express quoted Daily Telegraph associate editor Camilla Tominey, on Thursday, June 17 that “neither” of Prince Harry or William’s relatives have been advised thus far to be joining the service. “We’ve never really been told that family is going to be included in this thing, we know this is the reunion for the brothers on what would have been Diana’s 60th birthday on 1st July,” Tominey said.

“I think we may just see them cut solo figures without their families around them,” she explained. “All eyes will be on the brothers of course, because everyone’s hoping there may be some kind of reconciliation at what is going to be a hugely poignant and significant moment for them, remembering their late mother.”

Kourtney Kardashian Pregnant With Baby no.4?

Natural Ethnic Skin Care: All You Need To Know