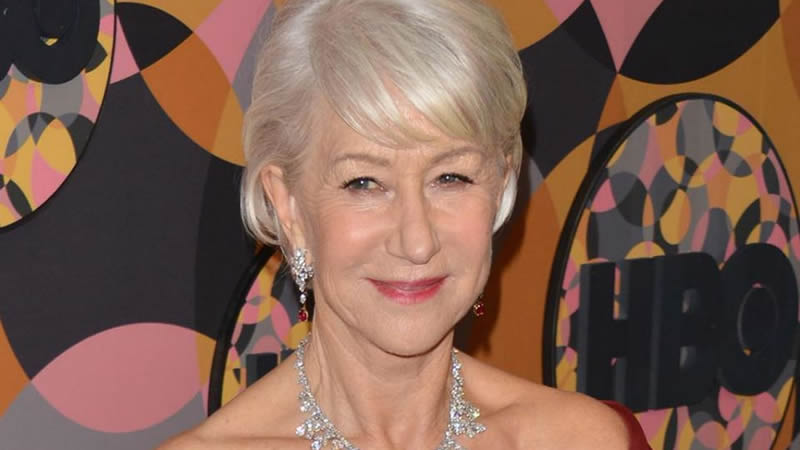 Dame Helen Mirren knows how to stop a show with the most romantic and elegant SAG Awards outfit that hit all of the right notes on Sunday night. The 75-year-old actress was a presenter on the pre-taped virtual show, but her red gown was one of the big show-stoppers of the night.

The form-fitting red gown by Badgley Mischka was accented with puffy hot pink sleeves (see the photos at ET Canada‘s Instagram page here) — a very chic color contrast for the Oscar winner. She let the dress do the talking and swept her hair up in a large bun to show off her long neckline. Mirren accessorized the look with large pink and black-jeweled earrings by David Webb Jewels and a hot pink lip for a pop of color.

What we love about Mirren is that her SAG Awards look is amazing, but not too fussy or overdone. It feels authentically Mirren from head to toe — and it totally resonates with her thoughts on fashion. “The whole thing of clothes is insane. You can spend a dollar on a jacket in a thrift store,” she told Esquire in 2011. “And you can spend a thousand dollars on a jacket in a shop. And if you saw those two jackets walking down the street, you probably wouldn’t know which was which.”

If that wasn’t enough, Mirren had two looks for the night with a second sophisticated red gown by Michael Kors with just the right amount of shimmer for one of Hollywood’s biggest nights. Webb also provided her jewels for this outfit, which included a statement necklace and chunky earrings. She looks smashing in both looks — she nailed the night. (See her second look on stylist Lee Harris’ Instagram page.)

The best part about the actress’ fashion for the SAG Awards is how effortless it all felt — even though we know it takes a village to pull these looks together. And she makes 75 look darn good!

6 Ways Drinking Can Affect Your Skin

Top 6 Shades of Lipstick for Spring

Victoria Beckham is Growing her Hair Long, and it Looks Fabulous