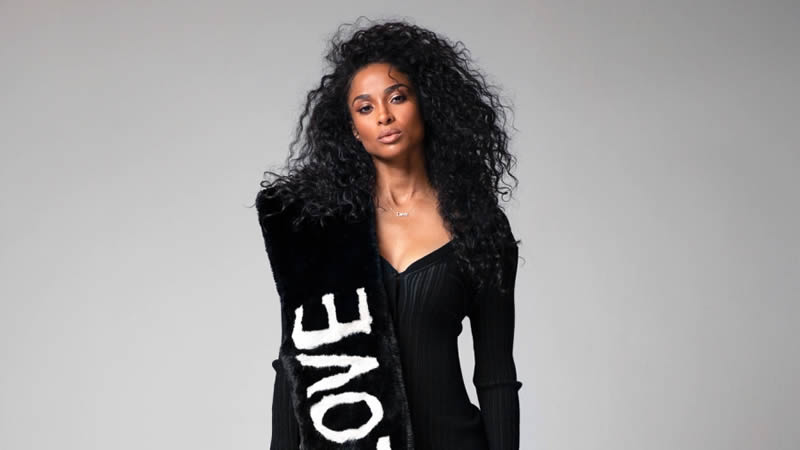 The House of LR&C aims to be a billion-dollar company, said chief executive officer Christine M. Day, who co-founded the business with Russell Wilson and Ciara.

Creating fashion with purpose — that’s been Ciara’s mission since the beginning at The House of LR&C, the company she co-founded with her husband, NFL star Russell Wilson, and Lululemon alum Christine M. Day.

“Our acronyms are the house of love, respect, and care,” said the one-name, Grammy award-winning entertainer and entrepreneur.

“We want to pour love, respect, and care into every part of the process,” she continued, over Zoom. “I think as we all can see, the world is ever-evolving, ever-changing, and there are also so many things that are creating challenges economically, environmentally. I think the greatest thing for us is, we want to be able to impact through it all. If we’re not doing that then we’re not doing our job at the house.”

Three percent of net revenue from The House of LR&C goes to the Why Not You Foundation, the celebrity couple’s nonprofit dedicated to children’s health and education.

“It’s been an over million-dollar contribution,” said Day, The House of LR&C’s chief executive officer. “It’s a big commitment for us as a company, to be able to support the communities and initiatives and transform lives for those less advantaged.”

Launched in 2020, The House of LR&C consists of a men’s apparel line, Good Man Brand (introduced by Wilson in 2016), and a Gen Z-inspired label, Human Nation. Now, the fashion company — headquartered in Seattle with a team of 22 full-time employees — presents its first women’s collection as part of a new brand, LITA, which is out today.

“This is a lifelong dream,” Ciara said of releasing women’s. “I was saying to someone the other week about why I was launching another [brand], and I was just saying how I have a bucket list of things, my entrepreneurial bucket list, and I would say that this is one of those things that I’ve been wanting to do for years. I’ve always loved fashion growing up. I’ve always been a fan of fashion. It’s a big part of how I express myself in my everyday movements, but also on the red carpet, on the stages, doing photo shoots. It’s a way that I communicate, a big way that I communicate. And so, it was just a matter of time before the opportunity presented itself.”

Like the other two lines, LITA — which stands for “love is the answer” — will be available direct-to-consumer on thehouseoflrc.com, as well as online and in select store locations at Nordstrom.

“Nordstrom is a great partner with a very evolved and loyal customer base that is the heart of that 18- to a 35-year-old woman in particular,” explained Day. “And they have the ability to have high reach from the beginning, which helps us acquire customers for our own d-to-c. And, obviously, we’ve designed some product that will be exclusive to our own direct-to-consumer channel.”

LITA is launching with 160 items, of which 150 will be sold at the department store chain.