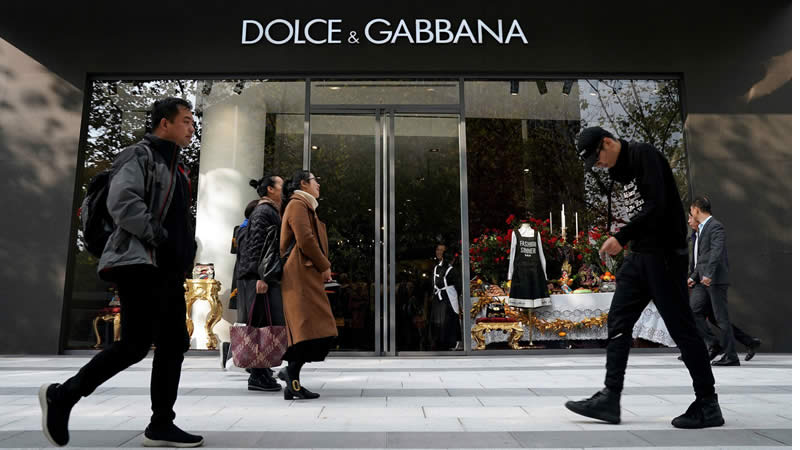 Milan fashion house Dolce & Gabbana has filed a defamation lawsuit in an Italian court and seeks more than $ 600 million in damages from two American bloggers.

The defendants are Tony Liu and Lindsay Schuyler , who run a fashion account on Instagram called ‘ Diet Prada’ . They both re-posted anti-Asian comments attributed to one of the Italian designers that led to a boycott of Asian consumers in 2018.

Why the lawsuit?
The case dates back to 2018, after a parade was promoted in Shanghai that were considered culturally insensitive. In addition to some leaks of comments from Stafano Gabbana that insulted the Asian market of a private chat on Instagram. The designer said it was a hack and they both apologized in a video to the Chinese people.

As a result, the show was canceled and retailers recalled the Dolce & Gabbana merchandise. So the Italian firm faced a boycott in Asia.In 2019, the lawsuit was filed in the civil court of Milan, but the same bloggers made it public until now on their Instagram account.

As a result, the show was canceled and retailers recalled the Dolce & Gabbana merchandise. So the Italian firm faced a boycott in Asia. In 2019, the lawsuit was filed in the civil court of Milan, but the same bloggers made it public until now on their Instagram account.

Susan Scafidi, director of the Fashion Law Institute, a nonprofit organization representing bloggers, told The Associated Press : “This whole case is a way of trying to silence ‘Diet Prada’, and Tony and Lindsay personally. ”.

“A public apology and a silent demand really cancel each other out in my mind,” Scafidi added. The bloggers’ lawyers argue that the Italian court is not the appropriate place to carry out the process, since the defendants reside in the United States and the damages caused occurred in Asia.

‘Diet Prada’ are known in the fashion world for their cutting comments on the lack of originality in the designs and social issues. Now they’re in the middle of a GoFundMe fundraiser, carrying a little over $ 40,000.

What Meghan misunderstood about the monarchy

2021 NFL DRAFT FASHION THE GOOD, THE BAD AND THE GAUDY!

How to Find Your Own Style?