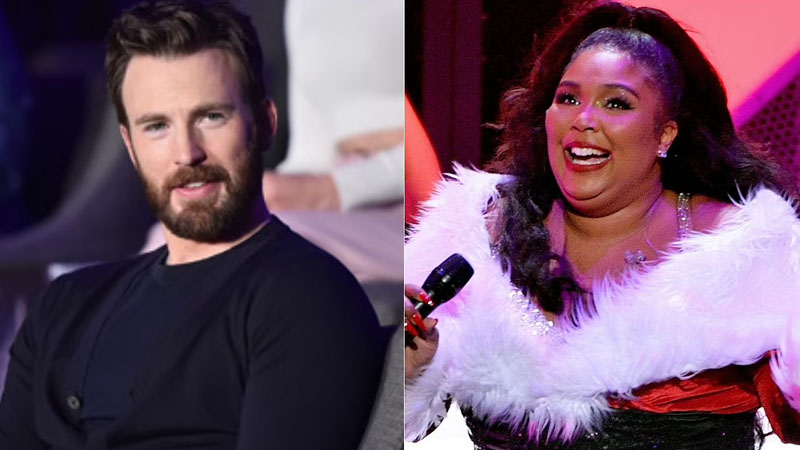 The singer posted a screenshot of the Marvel star sneaking into her DMs (again), with him writing: “Hi! Just heard about our little bundle of joy my mother will be so happy lol.”

She responded with a TikTok video that also included the DM, and she wrote below it:

There was a caption with the video: “WE SECURED THE CHILD SUPPORT BAG!!!!!”

Last week, Lizzo initiated the joke on TikTok when she posted a video in response to a fan:

“This is something that I’ve been really trying to keep personal and private between me and the father of my child, but since we’re airing out all the rumors today, I’ve been sucking in,” she added,

“We’re gonna have a little America.”

It all started in April, when the singer of “Truth Hurts” admitted to drunkenly slipping into the “Captain America: The First Avenger” star’s DMs.

Lizzo lipsynced to audio from a popular TikTok creator, Tatayanna Mitchell, in a TikTok video:

“The reason I’m upset about this one is that I know I’m not gonna be able to marry him. And honestly, it hurts me to the core. Because damn papa, he a rare breed, no comparing. Like, Chris…”

Lizzo then displayed a screenshot of the first message she sent Chris on her phone.

The “Cuz I Love You” singer recently shared three emojis: a gust of wind, a woman playing basketball, and a basketball, which many people mistook for Lizzo taking her shot.

She captioned the clip,

“Don’t drink and DM, kids…. for legal porpoises this is a joke.”

Lizzo posted another video to TikTok the next day, revealing Chris had responded to her DM. And the star of “Defending Jacob” had a hilarious response.

According to the source, the “Gifted” star appeared to be sarcastically alluding to his September 2020 Instagram story mistake, in which he accidentally published a naked shot while broadcasting a screen-recorded video of his family playing Head’s Up.

According to Too Fab, Lizzo mentions in the video that Chris followed her back, which certainly heightened her enthusiasm as she shrieked hysterically and covered her mouth in wonder towards the end of the footage.

She simply added a caption to the TikTok video, ‘B—-“

Kate Middleton Taking Over Some Royal Responsibilities of Prince Harry

The REAL Reason behind Naomi Osaka’s Withdrawal from French Open