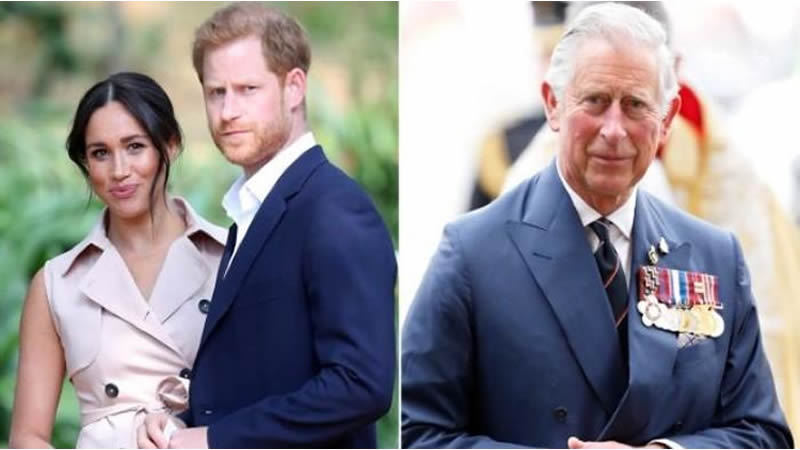 During his interview with Oprah earlier this year, Prince Harry’s comments that his family had “literally cut me off financially” in the first quarter of 2020 attracted significant attention. However, now, officials working for Prince Charles have further briefed journalists on the financial arrangements surrounding the Sussexes’ departure from royal life, saying that the Prince of Wales supported them with a “substantial sum” immediately after they stepped back.

The latest information came to light as the royal household published its annual accounts for the financial year ending in March 2021. In addition to the Sovereign Grant report, which is published by Buckingham Palace and covers the expenditure of public money, Prince Charles’s household also publishes an annual review which shows how he has spent his income from the Duchy of Cornwall.

On expenditure in the last financial year relating to Harry and Meghan, a senior Clarence House spokesman said that Prince Charles allocated a “substantial sum to support them” with the transition towards becoming financially independent. The spokesman said this funding stopped in the summer of last year.

A spokesperson for Harry and Meghan later clarified that Harry’s comments about being cut off in the first quarter of 2020 were referring to the first quarter of the financial year which began in April 2020. The couple officially left royal life at the end of March 2020, at which point they entered what was described as a transitional year for them to try a new life.

In September 2020, Harry and Meghan announced a multi-year production deal with Netflix, rumored to be worth anything up to $150 million. In December they revealed a second deal with streaming service Spotify. Meghan has also authored a best-selling children’s book The Bench. The couple has purchased a house in Santa Barbara and it seems increasingly clear that they see the U.S. as their future home.

The Sovereign Grant report published by Buckingham Palace also detailed how the Sussexes paid a “lump sum of £2.4 million” in September 2020 “to reimburse the Sovereign Grant for expenditure incurred on the refurbishment of Frogmore Cottage.” The report states that some of the lump sums has been allocated as rental payment for them to keep the property as their UK base—a deal which royal officials say covers all their obligations and is a good one for the Sovereign Grant and the taxpayer.

From: Town & Country US

5 Fashion Trends You Can Have Fun With This Year

Duke of Sussex, Prince Harry Is Having Buyer’s Guilt His Marriage